We now have a new snazzy cover artwork for the forthcoming Alien 40th Anniversary Ultra HD Blu-Ray set. This comes from UK retailer Zavvi who have also got the release date down as April 1st, 2019 with a retail price of £27.99. Some retailers may be getting exclusive steelbook versions of Alien too with different artwork. Everything is still subject to change, however.

There is still yet to be any formal announcement from 20th Century Fox about what new features there will be. I suspect there won’t be any new behind-the-scenes stuff as the Quadrilogy and Anthology were pretty comprehensive as it stands. The key focus of the set will be the new 4K transfer, the HDR and the new audio transfer. There is also still no word on 4K releases for the three Alien sequels. 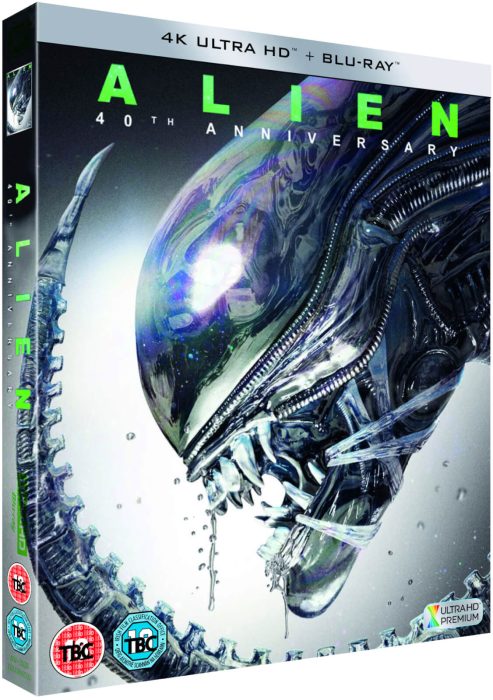 As previously reported, you don’t have to wait until April to see Alien in 4K. You can see it next month at the Glasgow Film Festival before it is released across UK cinemas and in some international territories in mid March. This will come with a brand new 4K scan as well as a new audio restoration that was supervised by director Ridley Scott.

Thanks to The Old One for the news.