It’s been nine months since we last heard from Katherine Waterston regarding Alien: Awakening (aka Alien: Covenant 2). She told the world then that she hadn’t “heard anything in ages.” In a new interview with ThePlaylist (via Bloody Disgusting) Waterston revealed that nothing has progressed since but she’s still very much interested in reprising her role.

Speaking of “Alien,” has there been much talk with Ridley about the next installment?

No, basically. I don’t live in Hollywood, and I’m always usually the last person to know even what’s going on in my own career. So, [I’m] probably not the best person to ask. But I did get some sense of where they thought they might like to take it when we were shooting ‘Covenant,’ and it sounded really interesting. I would be absolutely game to do more if they wanted to have me. But that’s all I know. I’m sure they’ve changed their minds anyway. And there’s been probably loads of different ideas going around and everything. But just in case I spoil something by talking about it, I wouldn’t dare. 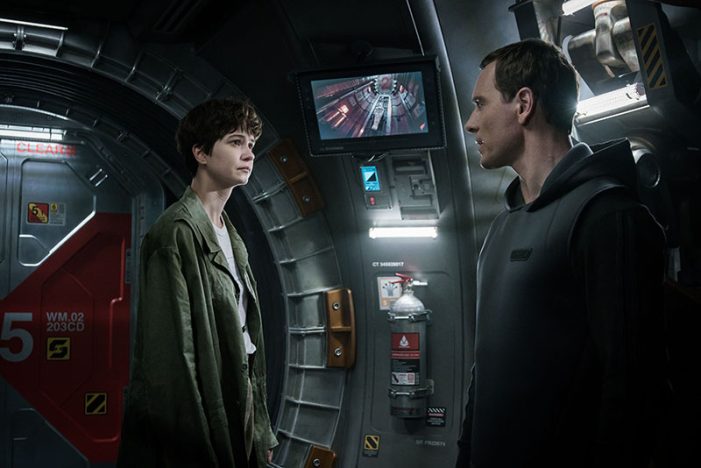 Following Alien: Covenant’s disappointment at the box office, Sir Ridley Scott has spoken a few times about potential directions for the next film and it gave us flashbacks to the times of Prometheus where Scott was sure the Alien was no longer interesting, instead wanting to focus on the A.I of the Alien series.

20th Century Fox just this week confirmed that there was no new Alien film was on the horizon.

“Alien: Blackout,” the mobile survival horror game revealed earlier this week, is part of a broader 20th Century Fox initiative to tell new stories in the franchise around Amanda Ripley. The initiative, branded around the “ReadWatchPlay” slogan, won’t include any other games, nor is it tied to a new feature film, 20th Century Fox’s FoxNext tells Variety.”

Thanks to Immortal Jonesy for the news. Keep a close eye on Alien vs. Predator Galaxy for the latest on all things Alien! You can follow us on Facebook, Twitter, Instagram and YouTube to get the latest on your social media walls. You can also join in with fellow Alien fans on our forums!

Related News Posts
Katherine Waterston on Alien: Covenant 2...
There Is No Completed Script for Alien:...
Alien: Awakening – The Title for the...
Ridley Scott Is Still Working On Alien:...
Ridley Scott Reminisces Alien for 40th...