Near the end of the year 2018, Fox started teasing on their social channels that the “Alien Universe expands” in 2019. One of the things we picked up on in the hashtags of those teases was the mention of Amanda Ripley, with many speculating the espionage-style entries were coming from her.

With us having ventured into the new year, Fox have continued to tease the current media projects that we should be learning more about soon…

Daughter. Rebel. Hero. Her story deserves to be told…#AmandaRipley #ReadPlayWatch

40 years ago, the Nostromo disappeared… In 2019, Amanda Ripley will uncover the secrets it left behind — no matter what. #AmandaRipley #ReadPlayWatch #January

Fox is not as coy with these teases focusing on Amanda Ripley, the star of the acclaimed 2014 game Alien: Isolation by Creative Assembly.

The tagline of “Read. Play. Watch.” is featured under her name drop.

As far as the “Read” portion of that goes, we know that an Alien: Isolation novel will be released in July. Dark Horse Comic’s Aliens Resistance comic also comes to mind, which features Amanda and serves as a sequel to both Isolation and the Defiance comic series. The first issue of Resistance is scheduled to hit shops quite soon on January 23rd.

The “Play” and “Watch” bits of that tagline remain more mysterious. We know Cold Iron Studios is continuing their work on an Alien multiplayer shooter, which may or may not be under the title of Alien: Blackout, which was a game title that Fox trademarked last year. It’s possible that Blackout is a separate title that will feature Amanda Ripley, though I would pause before getting my hopes up for a full-blown Alien: Isolation sequel.

It’s also rumored that Fox is developing some sort of new Alien series, perhaps Amanda could also be starring in such? 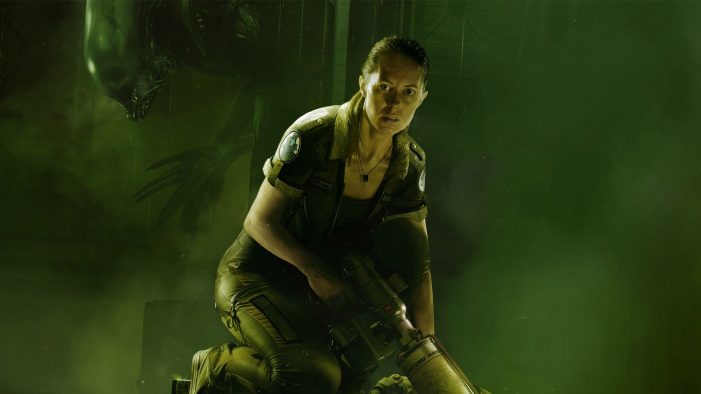 I’m honestly surprised that Amanda is now about to be back in the spotlight for multiple media projects more than four years after we last saw her in Isolation (which we totally loved). Now It seems as though her escape of Sevastopol Station may have just been the beginning.

With 2019 being the 40th Anniversary of the original film, we should be in store for a particularly Alien-filled year.