A few weeks back we reported on some concept art by Fausto De Martini for a facehugger-inspired breathing mask that was previously intended to be featured at the end of The Predator, prior to the “Predator-Killer” suit making the cut instead.

Alec Gillis of StudioADI also shared a practical prop that was created for the alternate ending. Now it seems that three different endings were filmed, one of them featuring Ripley in the pod.

Thanks to Yuri Everson, who shared these photos to Instagram confirming this, we can see this prop was in fact in front of the cameras at some point. And while I had to do a double-take, that is indeed Ripley’s name on the flight suit of the pod occupant, though Sigourney Weaver was not a part of any filming. 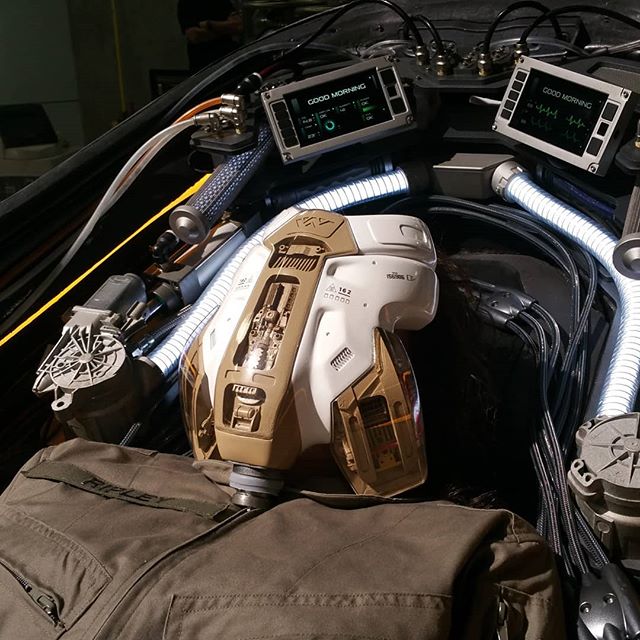 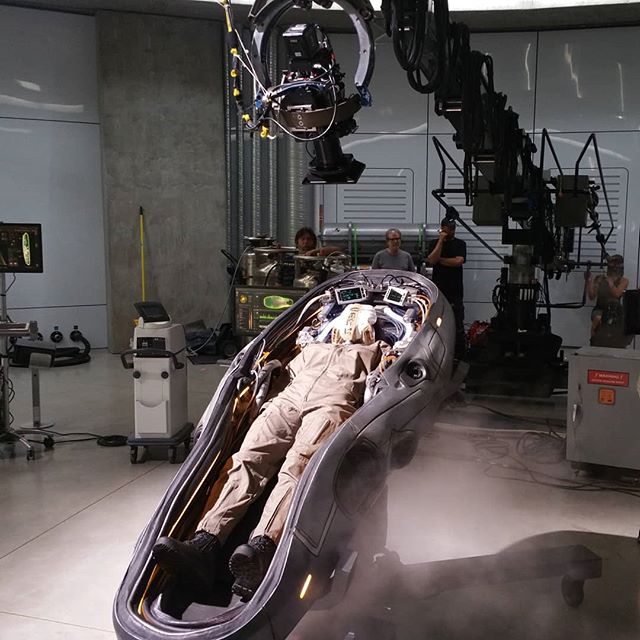 His comment sheds some light on this, stating that a total of three endings were filmed:

“We shot 3 different endings for #thepredator, all variations of a “Predator Killer”. This unused ending was Predator Killer Ripley wearing the breather mask we created for the film. You can see her name tag there on her costume. Breanna Watkins played Ripley under the mask instead of Sigourney Weaver. The moving “fingers” and “tail” were deemed too facehugger-like on the day and were cut and removed by someone… Sorry @jon_k_miller who headed up making the breather mask for us @thestudioadi with @saratheterra @ape5150 Zac Teller and Lord Garth but they made me do it! Michael Diner and his amazing Vancouver crew made the pod. All in no time flat. More #bts to follow…”

The Weyland-Yutani markings seen on the concept art for the pod make a bit more sense now.

Breanna Watkins is a stunt performer who has been in a number of films including Star Trek: Beyond and Deadpool 2.

Personally, I have my doubts that a time-traveling, predator-killer armor wearing Ripley (or perhaps she was just the weapon herself?) would have gone over any better with fans than the ending we got.