The latest Predator figure from NECA is out in stores – a Thermal Vision Fugitive Predator based on the titular creature from 2018’s The Predator. This one is exclusive to Target stores in America – it’s priced at $26.99 and is in a collector friendly window box. It won’t come to the UK until at least May 2019 – it’s available to preorder on Forbidden Planet for £33.99.

The guys over on Toyark are the first to get their hands on the new Predator figure and have posted a review of it along with a plethora of great photographs. The paintwork is outstanding and even surpasses the Thermal Predator Poster that Fox released. 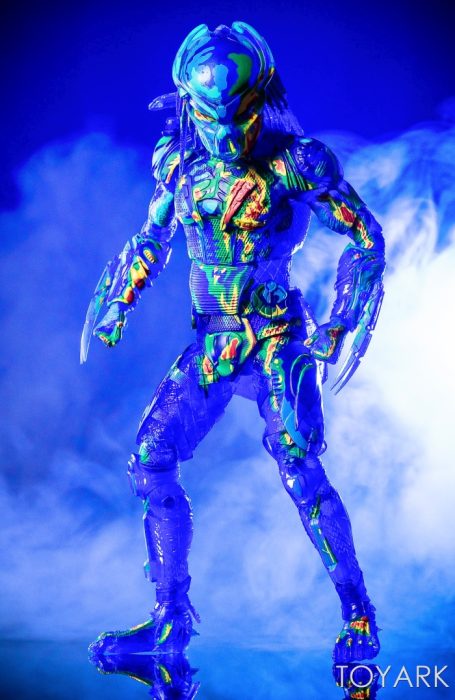 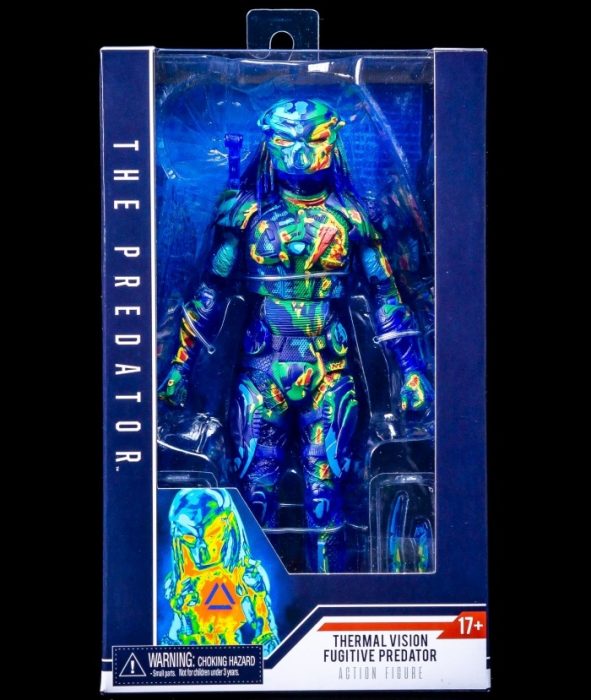 The figure is over 8″ tall and has over 30 points of articulation. The wrist blades are removable but don’t expect any other accessories or interchangeable heads. The is a one-off variant of the Fugitive Predator given the exclusivity of it.