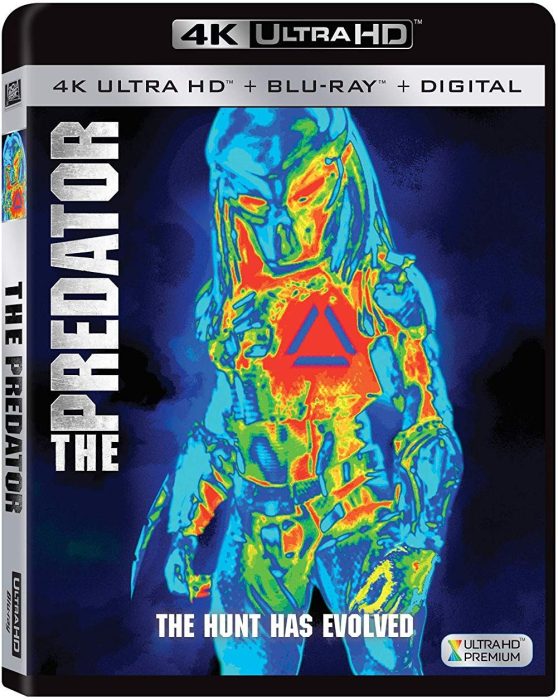 This week marks the official release of The Predator on DVD, Blu-Ray and Ultra HD Blu-Ray in North America. Only a few reviews have been published so far but they’ve been fairly average overall. There is still a mixed reaction to the film but the picture and sound presentation has been well-received, however.

Those of you with 4K HDR TVs will get a kick out of the HDR effects. The opening scene with the Predator spaceships flying is evidently a spectacle! The Dolby Atmos track is pretty impressive too with explosions and gunfire really shining.

The downside to the release is the special features which are lacklustre to say the least. Three deleted scenes which include nothing from the changed third act, as well as a few short documentaries. Look out for some short glimpses of the Emissary Predators in one featurette.

Alien vs. Predator Galaxy’s review will be published at the end of January when the sets are released in the UK. But have you picked your copy up yet? What did you think?