Last week studioADI shared a video looking at some of the unseen concepts for the Upgrade Predator’s “Menagerie” which was ultimately cut from the film. Only the film’s new interpretation of the Predator Hound would make it into the final cut. Now several more of the concept artists who worked on The Predator have shared even more artwork of these cut creatures.

First up we have a piece from Daniel Edery, of an early concept for the Predator Hound. This concept has some very obvious and distinctly Predator features in the way of the mandibles. This aspect of design for the menagerie was something the early scripts suggested but was largely removed judging by ADI’s video. The dreadlocks would be later added to ADI’s design during post-production. 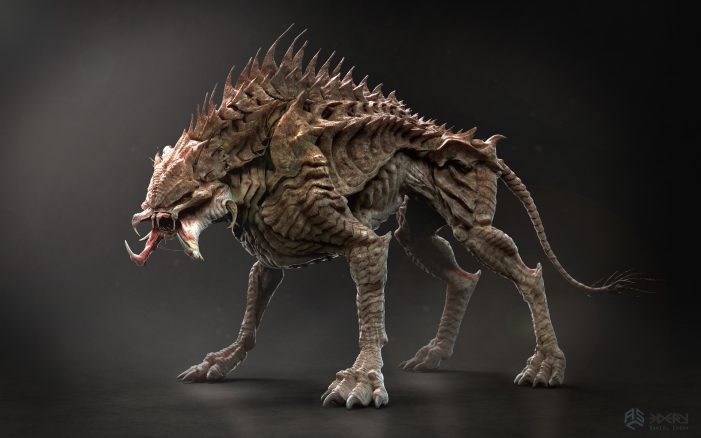 Next up is some new artwork from Kyle Brown! We’ve previously seen Kyle’s work on Predator Killer designs but now he has shared two early explorations of the Predator Hounds. As with Daniel Edery’s concept, this first one from Kyle features mandibles: 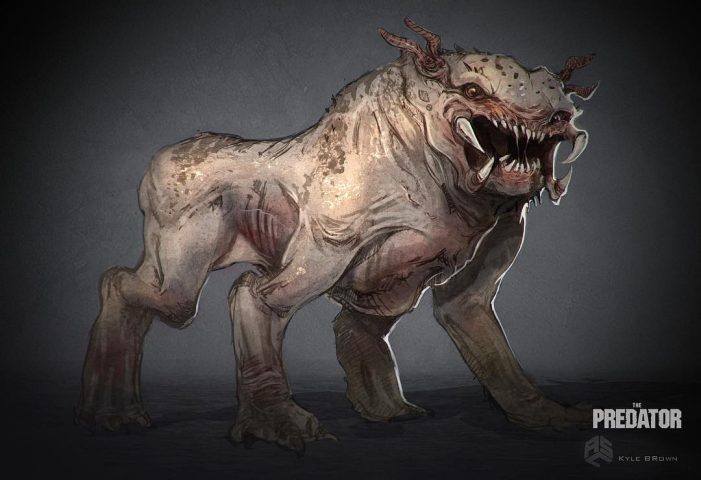 An even earlier design he posted shared more in common with Predators’ take on the idea of a Predator Hound. Kyle explained that the image was a: “Very very early pass at the Predator Dog/Hound for Shane Black’s The Predator. Some early info pointed to more connections to the other films, so I did a pass that linked them visually to the hounds seen in Predators (2010). This would be a creature fused with Predator DNA.” 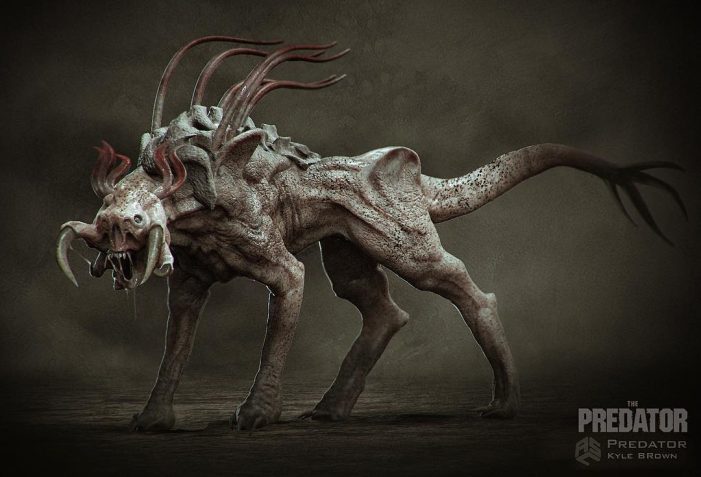 And last but by no means least, we have a handful of concepts shared by Michael Vincent! The majority of these we saw in studioADI’s video but Michael added some additional context to the designs.

Creature designs for THE PREDATOR!!! In its early stages, the script called for a variety of beasts collected by the Pred for their DNA called "The Menagerie". I was so wonderfully surpised when @thestudioadi's very own @alec_gillis asked me to take a crack at them. I was ECSTATIC, and i'm still oozing thankfulness for the opportunity 3 years later. Here the first few sketches… an 8 armed arachnid-ape beast, and a big bug-somethin'… #thepredator #predator #menagerie #studioadi #conceptartist #conceptart #creaturedesigner #creaturedesign

THE PREDATOR Concept Art…. Another beast from the early script's "Menagerie", a series of apex carnivores the predator collected to augment their own DNA with… I designed this creature with all the mandibular-ness of the predator universe and a clam-esque ring of eyes… #creaturedesign #thepredator #creaturedesigner #conceptart #conceptartist #menagerie

Another beast from the Predator's "Menagerie". The prompt was a creature that could flip a truck. I imagined a rhino-beetle-esque creature with a bulletproof metallic exoskeleton. I aimed to design each menagerie beast with an adaptation that the Predator would find useful to incorporate into his own DNA. @thestudioadi #conceptartist #conceptart #predator #thepredator #creaturedesigner #creaturedesign #studioadi

Michael also shared a coloured version of one of the sketches shared by ADI, explaining that originally the Predator Hounds were intended to be the size of horses!

I was asked to take a pass at the Predator’s attack dogs. They were originally going to be the size of horses… The colored render I did after the fact. 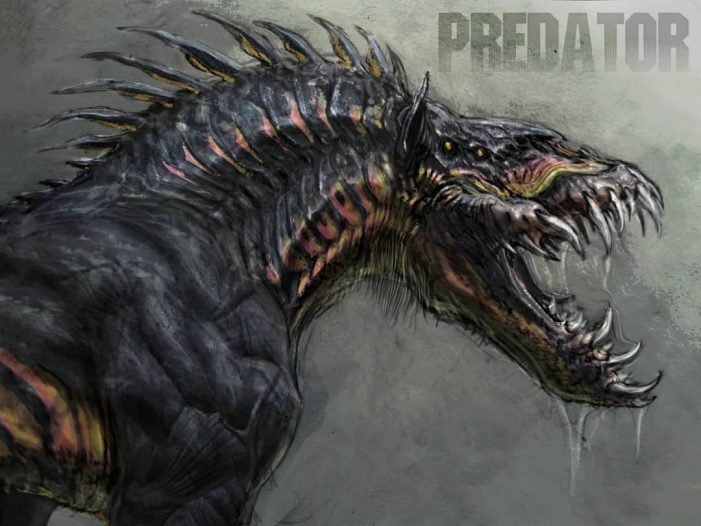 Thanks to Scified for pointing two (1/2) of these out. Keep checking in with Alien vs. Predator Galaxy for the latest on The Predator! You can follow us on Facebook, Twitter, Instagram and YouTube to get the latest on your social media walls. You can also join in with fellow Alien and Predator fans on our forums!