2019 marks the 40th anniversary of Alien and to help celebrate 40 years of Alien, Titan Books is going to be publishing a new Making Of book! Announced via it’s writer J.W Rinzler on Twitter, it is being described as a massively comprehensive look at the making of the original masterpiece!

Comprehensive and definitive volume telling the complete story of how Alien was made, featuring new interviews with Ridley Scott and other production crew, and including many rarely-seen photos and illustrations from the Fox archives.

In 1979 a movie legend was born, as Twentieth Century-Fox and director Ridley Scott unleashed Alien and gave audiences around the world the scare of their lives.

To celebrate the movie’s fortieth anniversary, author J.W. Rinzler (The Making of Star Wars) tells the whole fascinating story of how Alien evolved from a simple idea in the mind of writer Dan O’Bannon into one of the most memorable sci-fi horror thrillers of all time.

With brand new interviews with Ridley Scott and other key members of the original production crew, and featuring many never-before-seen photographs and artworks from the archives, The Making of Alien is the definitive work on this masterpiece of popular cinema 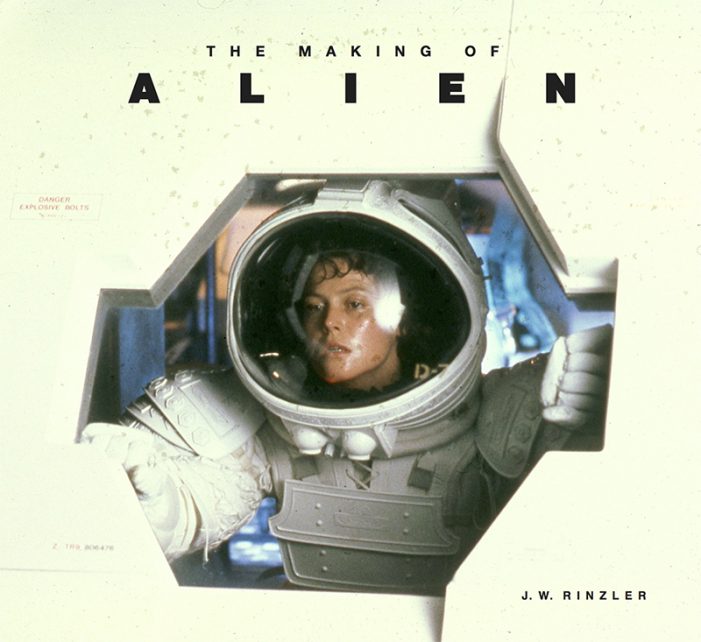 Jonathan W. Rinzler is particularly well known for his behind-the-scenes books on the Star Wars films. Charles de Lauzirika, who as the producer of the Alien Quadrilogy, Alien Anthology and Prometheus boxsets is a man I credit as one of the most important figures when it comes to giving us a detailed look behind the scenes at the Alien films, praised the upcoming book saying that:

Having been honored with an early read of this one, I can say that not only is it yet another must-own @jwrinzler book, but if you think you know everything about ALIEN at this point, you’re going to have your mind blown. https://t.co/crJRFcC1qI

The Making of Alien is currently available for pre-order on Amazon (UK) for £44.99 and is expected to be released just before Alien Day 2019 on April 23rd. Thanks to Nightmare Asylum for the news.