The Predator is due to release in its last major area, China, in a week’s time on the 26th of October. Ahead of it’s release, 20th Century Fox have released an awesome new poster showing the Fugitive and Upgrade Predator duking it out! 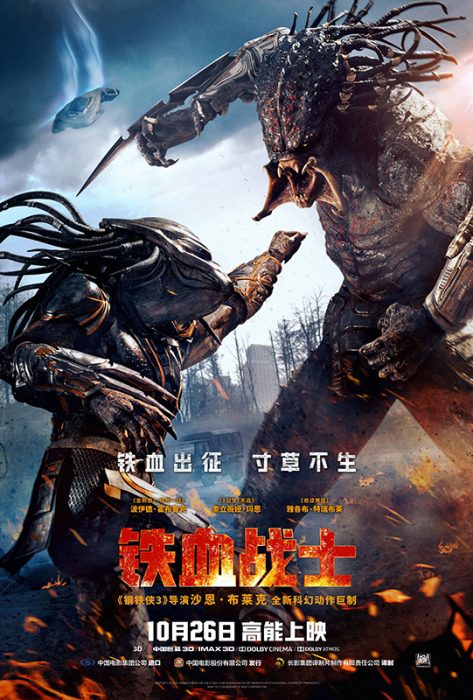 In addition to the above badass poster, Fox also released quite a few regional posters related to Chinese landmarks and some featuring the Predator fighting ancient literary warriors!

As was to be expecting, the film reportedly underwent some censorship. According to Gavin Feng, the film was redubbed to get rid of the swearing.