NECA has just announced their latest figure based on The Predator! The Fugitive is already in stores in the States and we’ve seen prototypes of the Assassin (the Upgrade) and now we’ve got a look and a release date for their Emissary figure!

From the new Predator movie directed by Shane Black! Although their scenes were deleted from the final cut of the movie, the Emissary Predators were military Predators who fought alongside the Loonies. 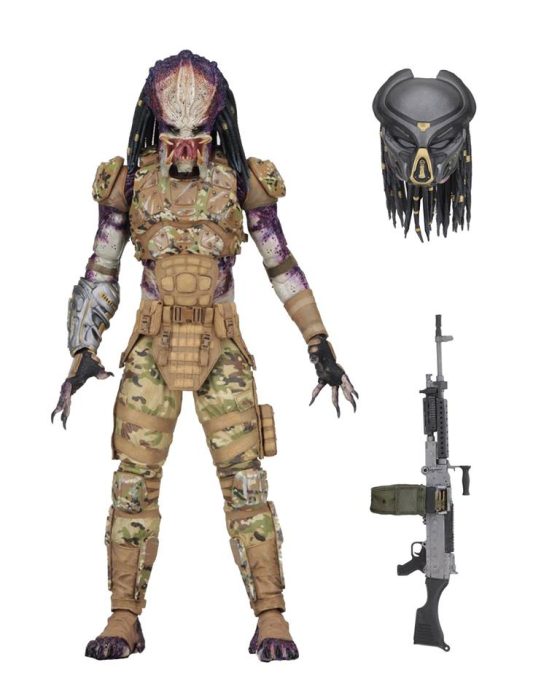 Judging by the purple colouration, this Emissary is actually based on the one portrayed by Brian A. Prince. Kyle Straut’s Emissary had a more green/blue colouration. With how NECA have called this Emissary #1, it’s possible we’ll be seeing a second Emissary with Kyle’s colouration. NECA’s Emissary Predator #1 figure is expected to hit stores in early November 2018!

Alien vs. Predator Galaxy recently had the opportunity to talk to both Brian and Kyle about their time on The Predator. They also spoke about the Emissary Predators. Be sure to give that interview a listen!