I think it would be fair to say that Alien: Resurrection is not a universally praised entry in the Alien franchise. It’s game tie-in, however, is generally very well liked. An early adopter of what has become the standard FPS controls on console, Alien: Resurrection is held in high regard as an authentic and tense Alien gaming experience.

It did, however, have a troubled development. Releasing nearly 3 years after the film itself actually came out, the game went through three different iterations and found it’s developers overwhelmed. Yesterday EuroGamer posted a nice retrospective on the development of Argonaut’s Alien: Resurrection for PlayStation 1.

After a year of work, Resurrection was facing numerous problems. The team had worked incredibly hard but there was a sense that Tim Moss’ original vision for the game wasn’t what they wanted to make anymore. A lot of the work was done, about 60 per cent or so, but with the end of 1996 approaching the team saw more impressive and realistic titles hitting store shelves. Amid a generation that focused on pushing the technical and graphical boundaries of what video games could do, Argonaut would drop what they were doing and follow suit. 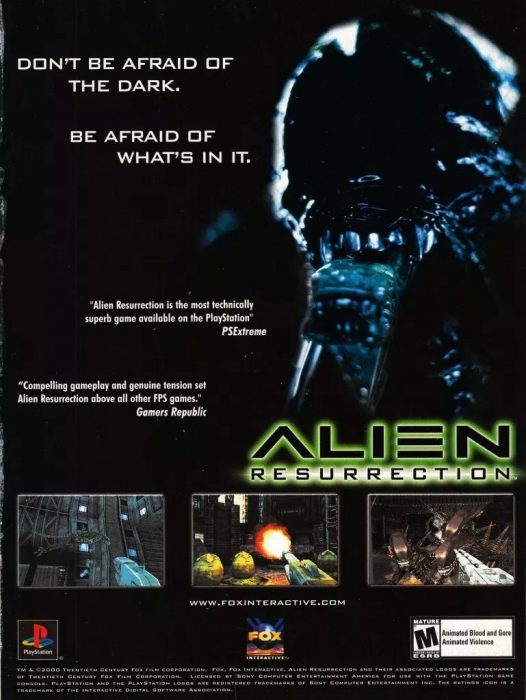 It’s a really nice summary of the development of the game and well worth checking out!

Keep a close eye on Alien vs. Predator Galaxy for the latest Alien gaming and on the upcoming Aliens game from Cold Iron Studios! You can follow us on Facebook, Twitter and Instagram to get the latest on your social media walls. You can also join in with fellow Alien and Predator fans on our forums!