The day The Predator was due to premiere at Toronto International Film Festival news broke via the LA Times that weeks earlier 20th Century Fox had ordered the removal of a small scene starring Steven Wilder Striegel due to the discovery that he was a convicted and registered sex offender.

Striegel played a jogger who hit on Olivia Munn’s character, Casey Brackett. According to the report it was a minor three page role and he shared screen-time exclusively with Munn. At the time she wasn’t aware of Striegel’s past but she later discovered that Striegel was a registered sex offender, convicted of grooming a teenage girl.

Munn went to 20th Century Fox with the information, resulting in the last minute order to remove Striegel’s scene from the film. Fox issued the following statement to the LA Times:

“Our studio was not aware of Mr. Striegel’s background when he was hired,” a Fox spokesperson said in a statement to The Times. “We were not aware of his background during the casting process due to legal limitations that impede studios from running background checks on actors.” 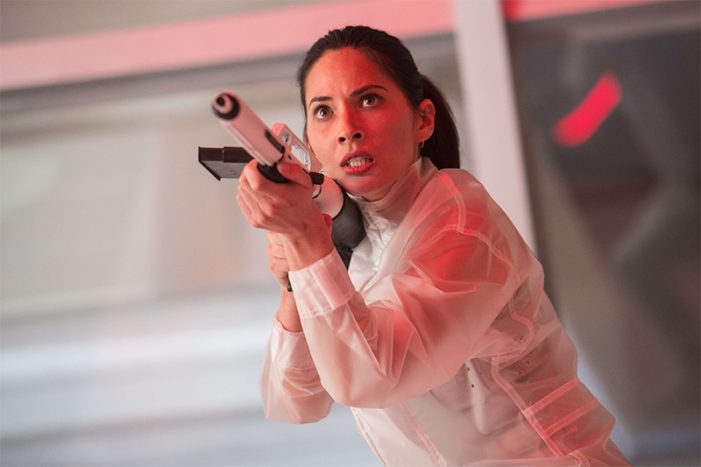 Initially Shane Black defended the casting of Striegel, who had been friends for 5 years prior to the conviction, but following the LA Times article and the details it contained within about the specifics of Striegel’s offences, Black issued a second statement to The Hollywood Reporter condemning Striegel and apologising for the casting:

But after reading the Times‘ report, which quoted email correspondences between Striegel and the minor, among other details, Black released another statement where he condemned his friend and apologized.

“Having read this morning’s news reports, it has sadly become clear to me that I was misled by a friend I really wanted to believe was telling me the truth when he described the circumstances of his conviction. I believe strongly in giving people second chances — but sometimes you discover that chance is not as warranted as you may have hoped.”

Black continued: “After learning more about the affidavit, transcripts and additional details surrounding Steve Striegel’s sentence, I am deeply disappointed in myself. I apologize to all of those, past and present, I’ve let down by having Steve around them without giving them a voice in the decision.”

According to Variety, following this news, Shane Black skipped the red carpet at Toronto International Film Festival entirely and Olivia Munn didn’t take interviews, only stopping for photos. You can also see videos of some of the other cast members weighing in on the situation at Variety.

“The Predator” director Shane Black skipped the red carpet in its entirety for the Toronto Film Festival premiere of the Fox film after news broke Thursday that he cast his friend, Steven Wilder Striegel, a registered sex offender, in the film without the cast and crew’s knowledge.

Star Olivia Munn, who appeared opposite Striegel in his only scene, which was cut from the film, did not give interviews on the red carpet, though she did pose for pictures. Munn tweeted shortly before the premiere that she was only continuing to do press because she was contractually obligated and because she and the crew had worked hard on the film. 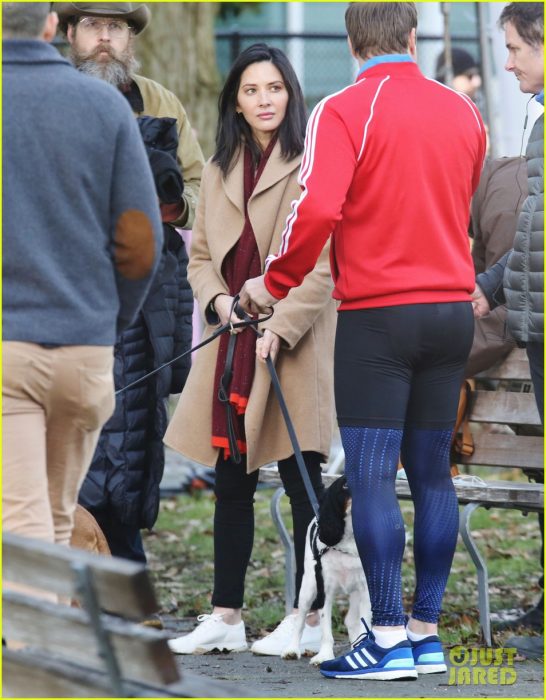 We believe this to be the shooting of the scene in question.

Olivia Munn has also been tweeting about the casting and her still being on the promotion tour despite the displeasure she seems to be expressing towards Shane Black:

I’m contractually obligated. And from what I’m experiencing, I think they’d prefer I not show up. It would make everyone breathe easier. Also, I worked really hard on this film, as did the rest of the cast and crew. Now that the scene is deleted I think audiences will love it. https://t.co/6MZxb4NZfT

In addition to this statement, the @latimes also reported that Wilder said Shane was “aware of the facts” of his arrest. He made a “personal choice” to continually work with a convicted sex offender, but I didn’t have a choice. That decision was made for me. And that’s not okay. https://t.co/AHAyV19tJq

These @latimes excerpts from the arrest affidavit are beyond disturbing and completely contradict Wilder’s version of how he was convicted. https://t.co/QZcGxV7JU9

The #MeToo movement called out abusers. But they’re not the only ones in the wrong. Those who know about abuse and not only do nothing but continue to put abusers in positions of power are complicit. https://t.co/QngLCk9fzj

Thank you to everyone who has been emailing in regarding the developments of this disturbing situation.