20th Century Fox has released a brand new poster for The Predator, featuring the Fugitive Predator in thermal vision – perhaps further emphasising him (not a her) being the target of the Upgrade! 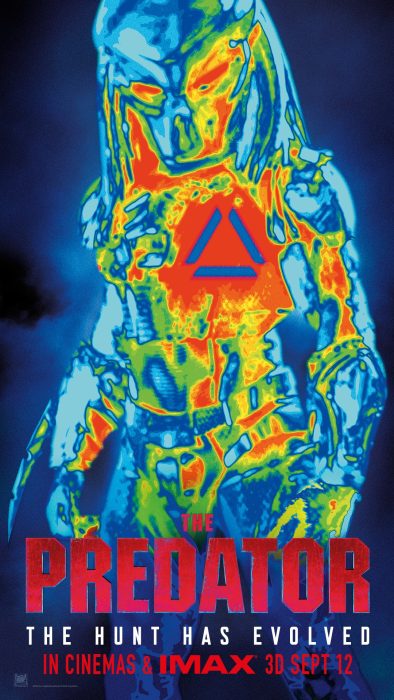 We’ve also see a Chinese version of this poster, confirming now that the film will be receiving a Chinese release! Thanks to Whos_Nick and Johnny Handsome for the news.