Shane Black and most of the cast of The Predator will be taking to the stage in Hall H in just under an hour to talk about The Predator at San Diego Comic Con 2018! To help get us in the mood, the official Predator social media outlets have released a cool new still! 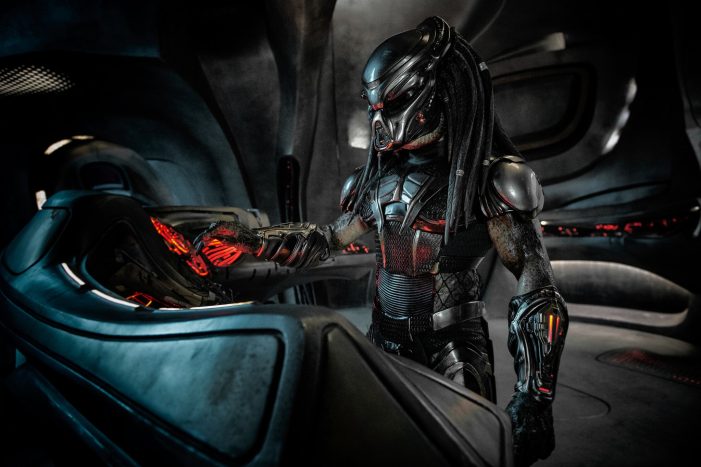 This new still gives us a look at the Fugitive Predator inside a new Predator vessel, which we presume to be the previously mentioned Ark. What do you think to the new ship aesthetic?

Related News Posts
Inside The Ark – The Predator’s...
Kyle Strauts & Brian A. Prince to...
Shane Baxley Shares Upgrade Predator &...
Behind the Scenes on The Predator Ship in...
The Predator Actors Share New Stills and...