One of the biggest gripes people had with Aliens: Colonial Marines was the lackluster (to say the least) Xenomorph AI, but now it seems that some of the issues can be traced to a single letter typo.

This was posted back in October of 2017 by ModDB user jamesdickinson963, who created the TemplarGFX mod that was well-received for its improvements to the game. We reported on the mod back in 2016 when it was on Version 2. Now currently on Version 5, jamesdickinson963 has been continuously working to make the game a more enjoyable experience.

Just recently this revelation has been getting some traction with gaming journalists, with Engadget, Gizmondo, Ars Technica, and others reporting on it. The story started spreading after a Resetera Forums post sharing what the modder had discovered and testing the results. 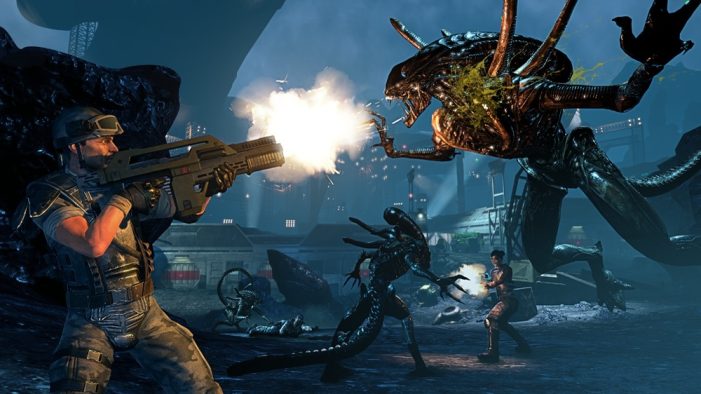 The Xenomorph AI was heavily criticized after the launch of Aliens: Colonial Marines.

PC Gamer has also investigated the effects of correcting the typo on Alien AI:

“In my experience, they’re not only considerably more aggressive, they’re also much better at tracking the player. As an experiment, I tried just running away from one, a maneuver which would normally confound a xenomorph, and it stayed right on my tail.

The change is less noticeable in some situations, and it’s tough to say just from playing how much of the xenomorphs’ clumsiness was caused by this typo, but they certainly seem to move more efficiently once it’s corrected. They waste less time getting to the player, crawl and lunge more often, and generally move in more of a beeline rather than their usual drunken stroll. I mean, they’re still plenty dopey, but hey, what did you expect?”

We’ve reached out to Gearbox Software for comment and will update the story if we hear back from them.

If you still have yet to try Aliens: Colonial Marines, it is currently on sale with all DLC for $2.99 via Fanatical.

Update:
Gearbox has responded to this news in the form of what seems to be a joke employment listing.

Feeling teathered to your current job? We have the perfect opportunity for you: https://t.co/uhACLaDDUU

The position they posted specifies: “Review all code for typos. Just that.”