Earlier this month Shane Black shared a picture on Instagram of what we believed was a n early prototype Pop Funko of the new Predator Dog! Now that the new The Predator line has hit the stores, we’ve got confirmation that it was in fact the Predator Dog! And now we have our first look at the Predator Dogs from the new film – albeit a cutesified version!

A big thanks to @originalfunko for this Predator Mock up of Ollie! It’s so good Ollie thinks he’s been replaced…. #thepredator

We’re also seeing our first glimpse at Funko’s take on the Upgrade Predator, which Funko is just calling Super Predator. Thanks to Funko Pop Hunters for the picture of the back of the figure box! 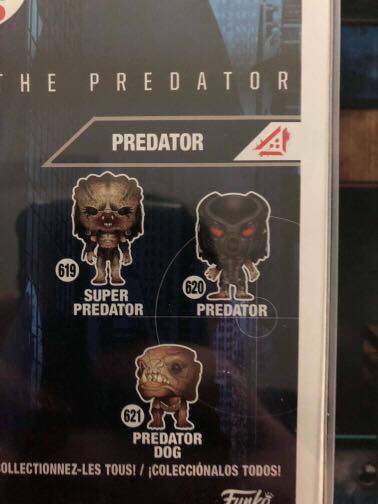 Thanks to Tetsujin for the news. Keep checking in with Alien vs. Predator Galaxy for the latest on The Predator! You can follow us on Facebook, Twitter, Instagram and YouTube to get the latest on your social media walls. You can also join in with fellow Alien and Predator fans on our forums!