Alien 3 was a notoriously difficult production and went through many writers and directors before ultimately David Fincher took the reins on the film and has since disavowed the film, refusing to talk about it. It seems that Terry Gilliam was also offered the director’s chair for the film!

In a new interview with Roger Ebert.com (via Movieweb) to talk about his own upcoming film with a hugely difficult production, The Man Who Killed Don Quixote, the notorious director was asked about his thoughts on the Alien series and revealed he’d actually been approached to direct a film in the series!

“I got offered an ‘Alien’ sequel because I was hot at that time, as a result of ‘Time Bandits” and ‘Fisher King,’ and I just don’t want to do films like that. They are factory jobs, working for a studio. My last factory job was on the Chevrolet assembly plant in Los Angeles, during my junior year of college, night shift on the line. Never again.”

While he doesn’t specify it was Alien 3, given the timing of the offer (The Fisher King was released in 1991) it would seem he was offered the director’s chair for Alien 3. 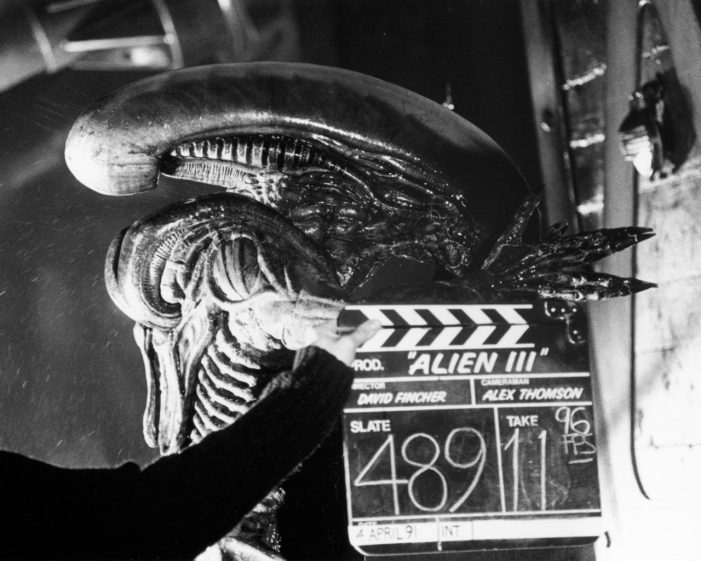 Speaking about his thoughts on Sir Ridley Scott’s original Alien, Gilliam didn’t pull any punches, though at least he did have some nice things to say about Ridley’s general approach to filming the Alien suit:

“‘Alien’ is just a ghost train where something jumps out and you don’t know who’s going to die next,” laughed Gilliam. “When I watched the first ‘Alien,’ all I kept saying was, ‘Just kill them all and be done with it,’ because you just know that they’re all going to die along the way. In the end, Sigourney Weaver, who we’ve established is a really tough military officer, is running around in her underwear trying to find a cat. Give me a f—king break.

There are some great moments in it, but the shot that should’ve never been in the film is the one at the end showing the alien getting blown out of the airlock. You see the alien, and it’s just a guy in a rubber suit. Up until then, you only saw bits of the alien, and it seemed to be huge and vast and terrifying. That was so clever. It was like the shark in ‘Jaws.’ I told Ridley, ‘You don’t want that shot of the alien at the end. Cut it!’”

What are you thoughts on this? Would Gilliam have made a good fit for the Alien series? Thanks to ralfy for the news.