While Alien: Covenant wasn’t a box office failure, it also wasn’t the massive success that Fox were hoping for. Following Ridley Scott’s latest prequel, 20th Century Fox reportedly started to look at the future of the Alien series and where to take it. This apparently led to the a major postponement of Alien: Covenant 2, with Scott seemingly tasked to find a new direction for the prequel series.

It seemed like we might be in for a long wait before Alien returned to live action! It may not be all doom and gloom, though. The good folk over at Omega Underground are reporting that they’ve heard from a reliable source that an Alien series might be in the works!

Back in April, a reliable source revealed to us that a series set within the “Alien universe” was being considered behind the scenes. I was able to reaffirm the rumbling with another source located in another country that was able to support some of the basic info.

What they couldn’t connect on is where it could land be it FX or a streaming platform, Hulu and Netflix were ruled out at the time.

Alien vs. Predator Galaxy can also confirm that we’ve heard discussions of something being in the early days of development over at Fox, but not to get too hung up over words like show or series. Perhaps meaning that this isn’t going to be presented like a traditional series. What exact form this could take is still up in the air but it’s unlikely to be seen on television, with an online release seemingly to be the more likely option at this time. 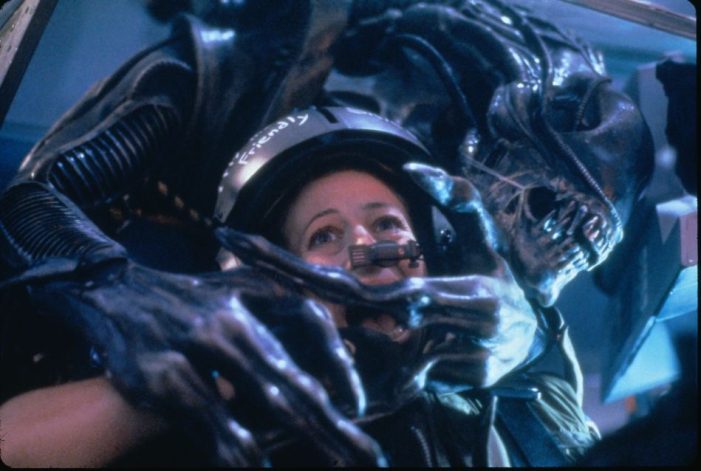 Omega Underground also reports that they’ve heard that an announcement regarding the potential series could be made soon. With San Diego Comic Con just around the corner, it’s possible we be seeing an official announcement then?

While we’re fairly confident in this rumour, it is worth being very aware that it is still just a rumour and until an official announcement is made by 20th Century Fox that this should not be taken as gospel. How do you feel about a potential series set in the Alien universe? What possibilities do you think Alien has outside of the big screen? Sound off below!