We’ve known for a while now that Titan books would be releasing a novelization and a prequel novel for The Predator. Aside from information that the prequel, titled The Predator: Hunters and Hunted, would be introducing specific concepts that would tie into the film we knew very little about the actual plot.

Thanks to a recent product update over at Amazon, we’ve got our first look at what’s in store for us with The Predator: Hunters and Hunted!

For centuries Earth has been visited by warlike creatures that stalk mankind’s finest warriors. Their goals unknown, these deadly hunters kill their prey and depart as invisibly as they arrived, leaving no trace other than a trail of bodies.

When Roger Elliott faced such a creature during the Vietnam War, he didn’t expect to survive. Nor did he expect that, decades later, he would train the Reavers, a clandestine strike force attached to Project Stargazer. Their mission: to capture one of the creatures, thus proving its existence, disassembling its tech, and balancing the odds between the HUNTERS AND HUNTED. 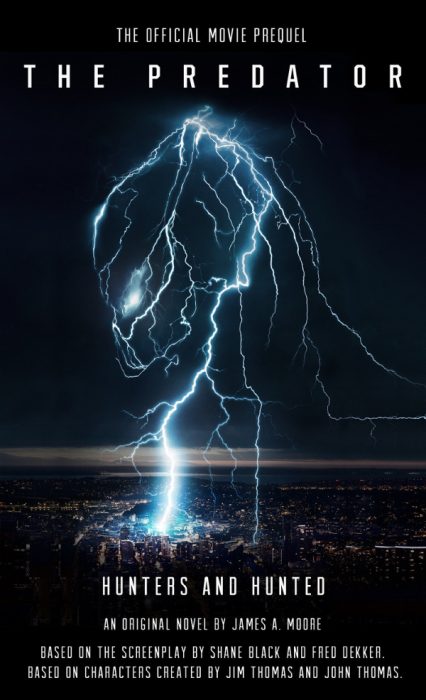 Project Stargazer is the governmental agency that Sterling K. Brown and Jake Busey’s characters work for, both of whom we’ve seen in the teaser trailer and recently released TV spot!

The Predator: Hunters and Hunted is written by James Moore (who also wrote Alien: Sea of Sorrows for Titan) and is due for release on the 31st of July. You can pre-order from Amazon (US/UK) and other good book retailers now. Thanks to felix for the heads-up!