The newest issue of Empire Magazine will be hitting the shelves this Thursday. However, subscribers to the magazine have been receiving their early copies today. There’s a small feature on The Predator in the latest issue and with it a brand spanking new still from The Predator!

The latest still gives us a wider shot at one of the scenes featured prominently in the teaser trailer and recent TV spot in which Boyd Holbrook’s Quinn McKenna is help aloft by one of the film’s Predators. 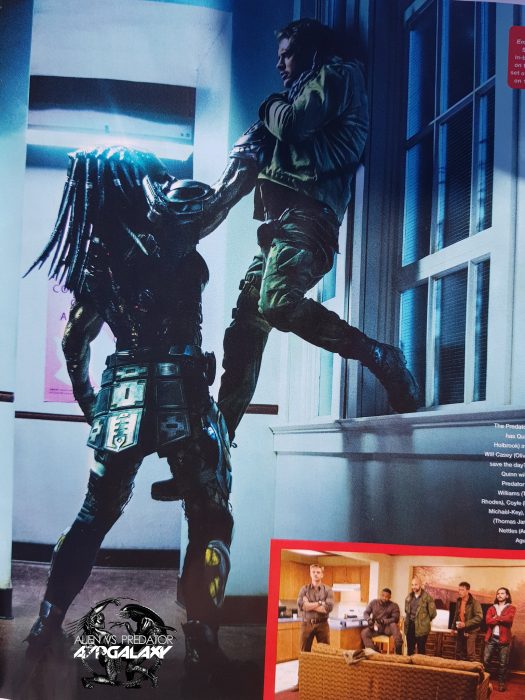 You can clearly see the Samurai influence that costume designer Trish Monaghan previously spoke about during Den of Geek’s set visit.

When Trish Monaghan shows us the new armor she’s designed for the Predator, for instance, it has a medieval quality to its design, as if it belongs to a ritualized order of knights. One element she is particularly proud of is his new armor his back-flap, evoking feudal Japan.

“It’s a bit Samurai, so it was able to cover, so he wasn’t too exposed,” she says of how it covers some of the musculature in the legs while still showcasing the familiar shape of what Schwarzenegger memorably deemed to be “one ugly motherfucker.”

Special thanks to Andrew Barkell ‏for sending the picture over to us. Keep checking in with Alien vs. Predator Galaxy for the latest on The Predator! You can follow us on Facebook, Twitter, Instagram and YouTube to get the latest on your social media walls. You can also join in with fellow Alien and Predator fans on our forums!

Update 12/06/2018 – Empire have now posted the still on their website and social channels. 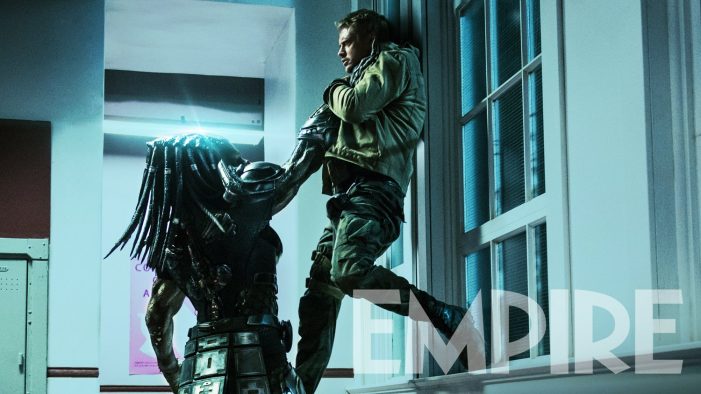 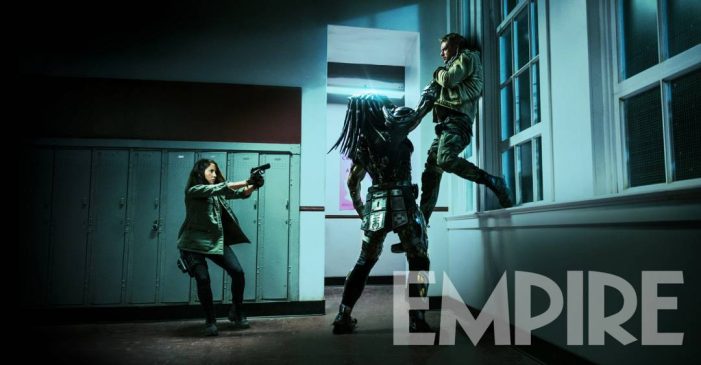 Update 20/06/2018 – Fox recently shared a motion image of this particular scene from behind the Predator.