Update 11/06/2018 – I’d like to thank everyone who took the time to enter! Unfortunately, there could only be one winner and that was Mike Scudieri! The correct answers we were looking for were: Weaver wanted to not use any guns, to have sex with an Alien and for Ripley to die.

We’ve got a nice treat in store for you this week! Alien vs. Predator Galaxy and Geek Effect are teaming up to giveaway one Hot Toys sixth scale model of Ellen Ripley from Alien!

“The highly-accurate collectible figure is specially crafted based on the image of Sigourney Weaver as Ellen Ripley in the film. It is the first official sixth scale collectible figure featuring the likeness of Sigourney Weaver. Furthermore, the figure includes a specially tailored costume, a custom flamethrower, a tracking device, Jones the cat and its carrier box, and a diorama figure stand.” 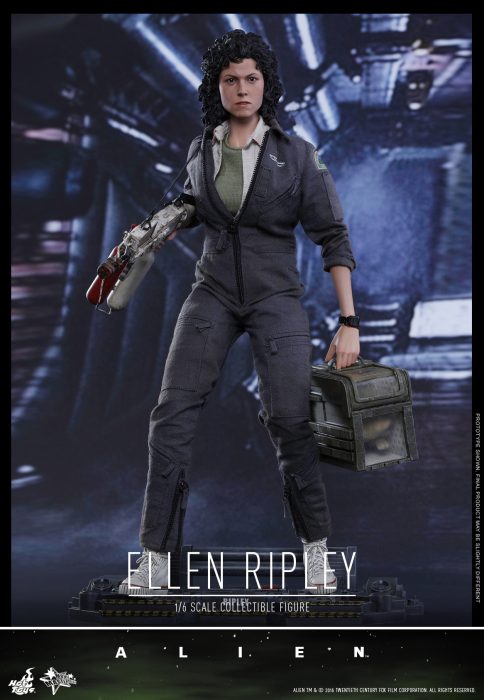 So what’s the catch? What do you need to do to be entered into the draw to win your very own Ellen Ripley? That’s simple!

All you need to do is tell us what three things Sigourney Weaver wanted to do when she signed on to star in Aliens. She ultimately wouldn’t be able to in Aliens, but she would get to in the following films. Use the form below to submit your answer.

Thanks again to our friends over at Geek Effect! Geek Effect specialise in top brands including Hot Toys Mezco and NECA. With a wide range of Alien and Predator action figures to choose from, all with free UK delivery