It looks like we’ll be seeing some new 4K and Steelbook Blu-Ray releases for the Predator films around the time of release for The Predator in September. This info is coming our way from movie retailer website FilmArena, and the new listings are for Czech releases.

It’s typically common to have new home re-releases to promote an upcoming sequel in a franchise, so I would imagine we’ll be seeing these or similar releases in the UK and US as well. The covers for the 4K sets may be placeholder, but it seems more likely that the Steelbook artworks are final. 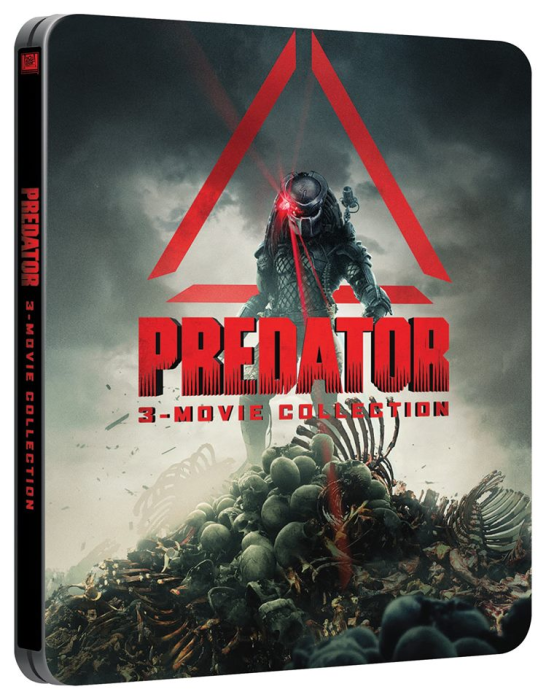 The listings show 4K releases for each film, (oddly enough including a December 6th release date for the 4K Blu-Ray of the upcoming The Predator) as well as the Steelbook releases of a trilogy set and the original film.

So far the only Alien films to have received the 4K treatment are the more recent Prometheus and Alien: Covenant, but hopefully it won’t be too long before the others are given the format as well. Having recently adopted the format myself, I have been impressed with the quality of the two films over their 1080p discs.