We have just uploaded the 66th episode of the Alien vs. Predator Galaxy Podcast (right-click and save as to download)! Our latest episode sees regular hosts Corporal Hicks, RidgeTop and Xenomorphine travel back in time to the early 1990s to take a look at the comic series Predator: Bad Blood! 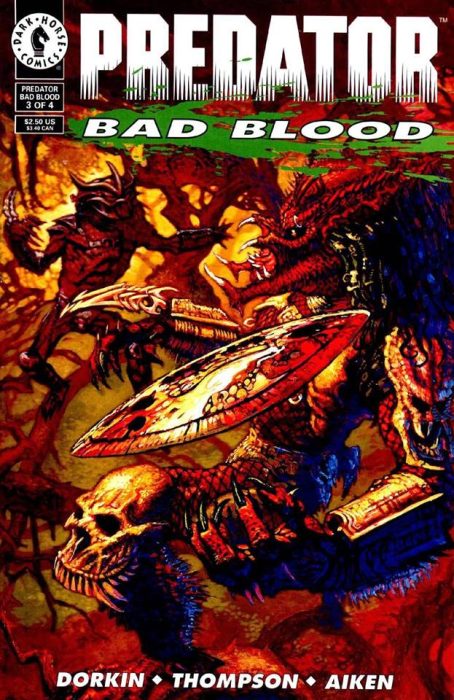 Amongst plenty more we talk about the comic series, Predator and human team-ups, the Bad Blood concept and the concept of Predators who don’t follow the same codes of conduct as the majority. We recorded this episode prior to The Predator teaser trailer being released so that will actually be our next episode.

What did you think of our latest episode? Be sure to let us know down below! You can also listen to any of our previous episodes in the Podcast section under the News tab on the main menu. The Alien vs. Predator Galaxy Podcast is also available via iTunes, PodBean, GooglePlay and Stitcher.