Two more set reports from Shane Black’s The Predator have surfaced. The first is a length interview with director Shane Black over on Collider. Black talks about collaborating with Fred Dekker to write the script for the film and him wanting to do an “old-school thriller” for The Predator.

So, we just tried to take the existing mythology and take it a step further. Ask some questions about why? Why do Predators do what they do? What would be the next step for them? How do we up the stakes so that there’s not just a single Predator hunting a group of soldiers? Who are the soldiers? How are they different? What’s the heroic quotient and how do you make it not just guys with tough talk and big arms? I mean, I always favor real characters with real actors in these movies. I’m happy to have someone like Jesse Ventura, he’s actually a fine actor as far as that goes. But the actors we tended to get for this are a cut above, I think, the average tough guy.

Shane Black also touches on the budget and says he has a big budget but not as big as say Iron Man 3’s $200M. He goes on to say that effects are going to be half digital and half practical effects, and A.D.I. duo Tom Woodruff and Alec Gillis are behind the Predator costume. 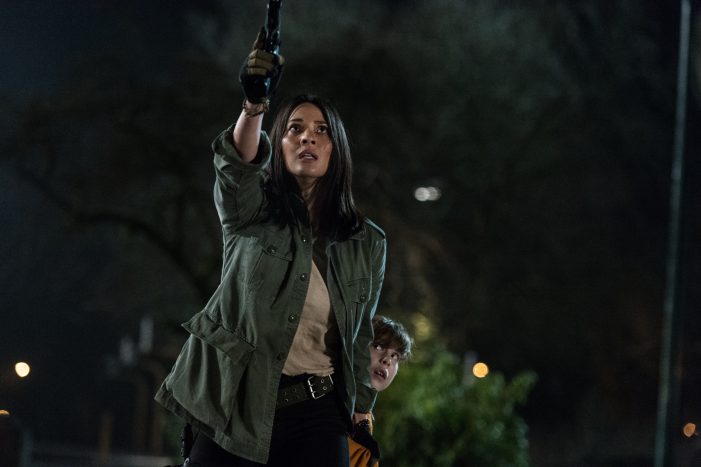 The next set report can be found on Bloody-Disgusting. This one goes through the main characters and tells us a little about them. Particularly, the veterans and how they’re thrown onto a bus where they meet Quinn McKenna. One of the actors says there’ll be connections to all the Predator films as well the Aliens vs Predator universe. Lastly, Bloody-Disgusting have another set report which covers a few new things such as the Predator Dogs and Predator Ship.

6’10” Bryan Prince and 6’9″ Kyle Strauts will be portraying the Predators. Shane Black wanted the Predator designs to adhere to the original but he wanted to modernize it for the film. One of the scenes, they witnessed being filmed was the young boy Rory (Jacob Tremblay) being chased by a Predator Dog. It was much taller than the actor and were similar to Pitbulls with some form of dreadlocks. The Dogs will be all digital creations. They give details on another part of the set showing the inside of the Predator ship where out main character explores.

The massive set represents the inside of the vessel, a looming structure of metal and a complex circuitry of cables and pipes. Interestingly, these additions share a similar design to that of the creature’s iconic dreadlocks. We were also promised that there may be other small easter eggs hidden within the ship’s design. While we stood and marveled at the massive structure looming before us, I noticed several production design boards right outside the set. They depicted an as-yet unbuilt “slide” that looks to usher one of our characters deep into the belly of the ship.