Coinciding with the unveiling of the first teaser trailer for The Predator, Empire has just released a brand new still of one of the film’s unmasked Predators!

“As if seeing the first trailer for Shane Black’s The Predator wasn’t enough, your pals at Empire have managed to get hold of a world exclusive first look image from the film. Our never-before-seen pic shows the fearsome alien hunter go up against an unfortunate human, who appears to have been pushing too many pencils. Take a look below.” 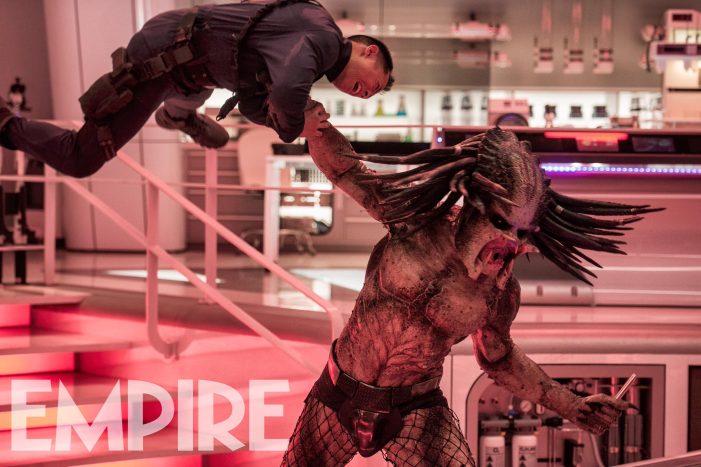 We’ll have screen captures from the teaser trailer up shortly. What do you think of ADI’s latest take on the Predator? Let us know below!