Continuing the trend of its release date being bounced around, it would appear that The Predator has been pushed back again. Exhibitor Relations are reporting that The Predator will now be releasing a month and a bit later on September the 14th.

“THE PREDATOR sets its sights on Sept. 14, 2018 instead of August 3rd. Obviously hoping to scare up some of that mad money Stephen King’s IT made last year in what is typically a box office dead zone.”

A September 14th release date now brings The Predator up against Alpha, The Darkest Minds and Fighting With My Family (which stars Lena Headey, Nick Frost, Dwayne Johnson). 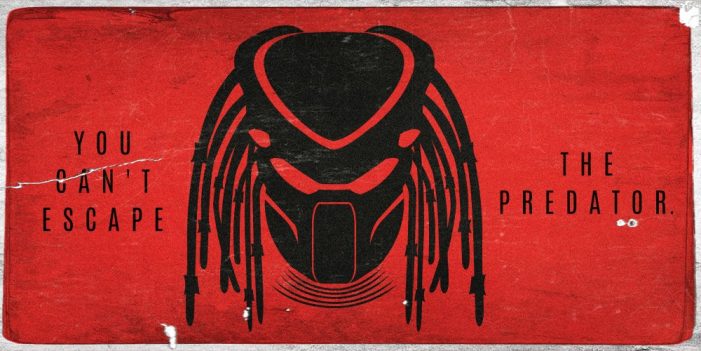 This marks the 3rd occasion The Predator’s release date has been changed. It was originally scheduled for release on March 2nd, before being moved to February 9th and then to August 3rd. We’re currently awaiting an official comment from 20th Century Fox.

It was recently reported that The Predator was heading back to Vancouver for an additional three weeks of filming. This is currently scheduled to begin on the 12th of March and wrap-up on the 29th.

Update: We have confirmed with 20th Century Fox that this is correct and The Predator has been pushed back to September 14th.