In September 2015, it was announced that Prometheus 2 would be going under the title of Alien: Paradise Lost. This eventually changed to Alien: Covenant but the shift in focus was interesting as Prometheus itself had started life as a direct Alien prequel before spinning off slightly. It would appear the film’s sequel had undergone the opposite change.

Unlike Prometheus’ well documented shift in gear and focus, very little of Covenant’s Prometheus 2 days are known. We’ve had some artwork from Carlos Huante that were labelled Prometheus 2 but information is still sparse.

We recently came across an artist called Khang Le who had a portfolio of work for Alien: Covenant on his website (which has been down for the last few days). Though he doesn’t appear to be credited on the film, we have confirmed that Khang did work in Covenant’s art department back in 2014 and here is the art he previously shared on his website. 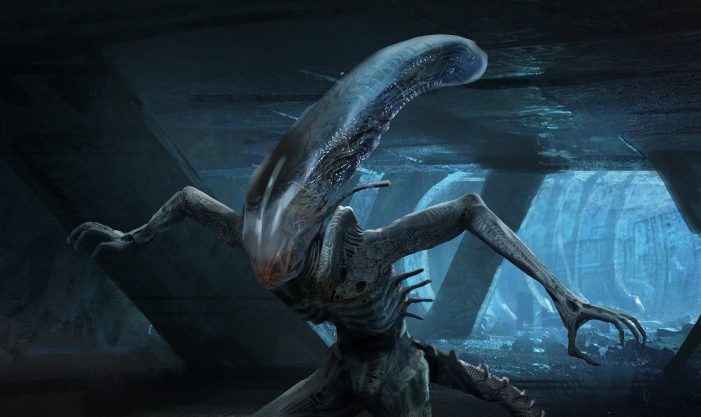 Many of these pieces are dated 2014 and would seem to pre-date the shift in Alien: Paradise Lost. There are concepts that seem to show the Engineers more obviously mutating into Alien-like creatures. We’re still trying to find out more about these earlier days of the film’s production so stick with us!

Other concept artists from Alien: Covenant have still been regularly posting new pieces of artwork from their time on Covenant and we’ve been keeping the gallery up to date so be sure to check that out!