Back in September we first learnt of Titan’s new original Alien novel, The Cold Forge. Titan Books have left the official unveiling of the books cover in Alien vs. Predator Galaxy’s capable hands!

“With the failure of the Hadley’s Hope, Weyland-Yutani has suffered a devastating defeat—the loss of the Aliens. Yet there’s a reason the company rose to the top, and they have a redundancy already in place. Remote station RB-323 abruptly becomes their greatest hope for weaponizing the Xenomorph, but there’s a spy aboard—someone who doesn’t necessarily act in the company’s best interests. If discovered, this person may have no choice but to destroy RB-323… and everyone on board. That is, if the Xenomorphs don’t do the job first.” 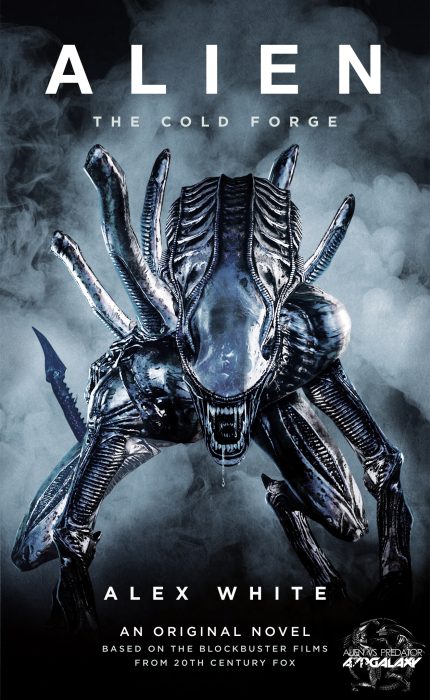 We spoke briefly with Alex White in September who told us that if you like Aliens: Labyrinth then Alien: The Cold Forge is definitely going to appeal to you!

Alien: The Cold Forge is currently slated for release just before Alien Day 2018, on the 24th of April 2018. The novel is available to pre-order on Amazon (UK and US). You can also follow Alex White on Twitter or check out his official website.