Alien vs. Predator Galaxy’s very own RidgeTop and SizzyBubbles recently had the chance to visit studioADI where they had a tour of the studio (and caught a quick glimpse of a new Predator) as well as interview studio co-founders Alec Gillis and Tom Woodruff Jr.

During the interview, Alien vs. Predator Galaxy was able to ask the creature effects maestros a couple of questions about their experience working on the upcoming The Predator as well as their involvement with Neill Blomkamp’s aborted Alien 5.

When asked about how Amalgamated Dynamics Inc. became attached to provide the creature effects for The Predator, Tom Woodruff told us:

“I feel like we’ve been very fortunate. We inherited the Alien franchise and we inherited the Predator franchise. And I say inherited meaning these designs were big strong designs that came our way and we stayed through the Alien stories and the AvP movies and Shane Black wanted to come back to us because we’ve been so involved in the most recent Predator movies. And John Davis, who is a very strong supporter of ours, actually brought Shane to our shop for a sit-down and said “anything you want to know about the Predator world, these are the guys to talk to.””

Alec Gillis also added that Fred Dekker played an important role in their attachment to the film – “We’ve known Fred since Monster Squad. And we had kind of a relationship with Shane. We’ve worked on with various projects [with Shane] over the years. But a lot with Fred. Fred has always been a big supporter of ours and he loves practical effects in general. So he was really pushing for our involvement. It’s nice to have a guy like Fred in your corner as well.” 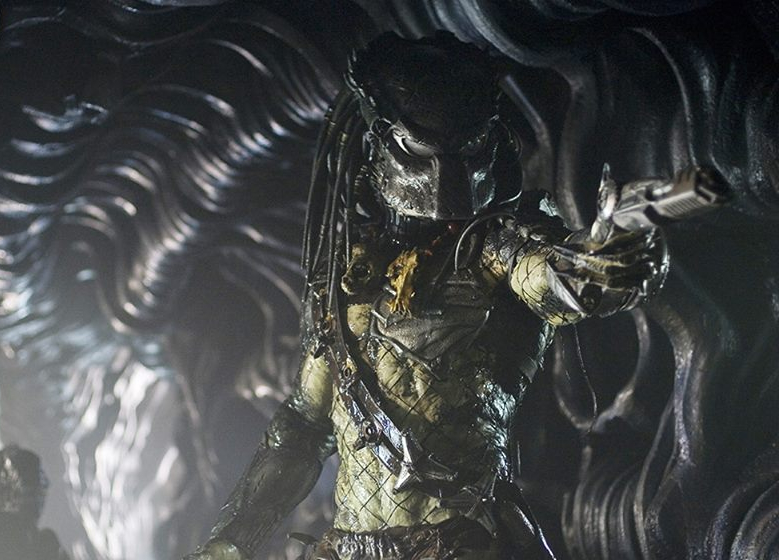 In the past, Shane Black had made comments that made it sound like the design work wasn’t so important to him so we asked what it was like to work with Shane given those previous comments and how interested he was in the creature effects work.

“Shane was easily as involved as any other director. I think he’s a very detailed guy. And I understand he’s more focused, as a director should be, on the story and the characters because what we do…really comes down to you either accept our level of expertise and trust it, or you don’t. And he did so he was allowed to put his time elsewhere.

According to Alien vs. Predator Galaxy’s own sources, there’s are several different new Predator designs featured in The Predator, one of which was described as the best Predator that ADI has ever done! We’ve previously seen some of ADI’s work on The Predator in various leaked set pictures.

RidgeTop also made sure to ask about ADI’s involvement with Neill Blomkamp’s shelved Alien 5. While the duo wasn’t able to go into the specifics of their work on Alien 5, Alec did say that they “had a great time because Neill is one of our favorite directors and he’s got great ideas. I’ve no doubt everyone would have loved his Alien 5 but it’s all kind of under wraps until he says so.” 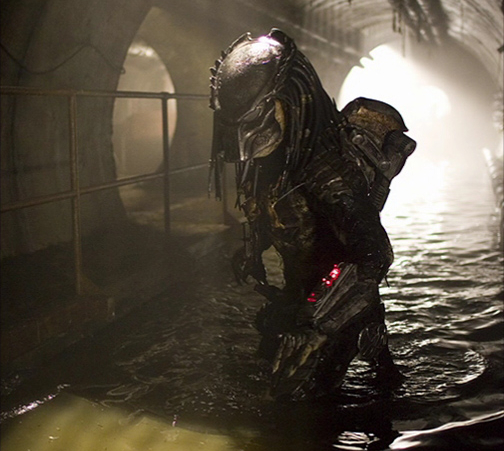 Earlier this year, on Halloween, Tom Woodruff held an AMA (Ask Me Anything) on Reddit and I took the opportunity to ask about how much work ADI did on Alien 5. Again, Tom wasn’t able to go into much detail but he did say that there was “an exchange of Neil’s artwork and story ideas and a maquette that he requested, details of which he asked us to hold back…”

We also asked Tom about reports that he pitched his own idea for Alien 5 way back when:“It was shortly after Alien Resurrection. I sat here in the conference room with the quadrilogy and I just watched each one, one right after the other. I spent the whole day and I was taking notes. My whole idea was finding some common thread – which is Ripley – to bring this whole storyline to some kind of satisfying close without dismissing anything that had happened in the past.

It got pretty far in terms of a treatment. It was all inspired by something that I can’t really get my hands on but creatively, I think it’s a good experiment, it’s good practice to be able to continue to embellish in great stories that way.”