Practical effects workshop studioADI, designers of the creatures for Alien³, Alien Resurrection, AVP, AVP-R, and next year’s The Predator, have just announced a new batch of official Alien art pieces.

They’re calling these “The studioADI Collection.” Here are some images of them: 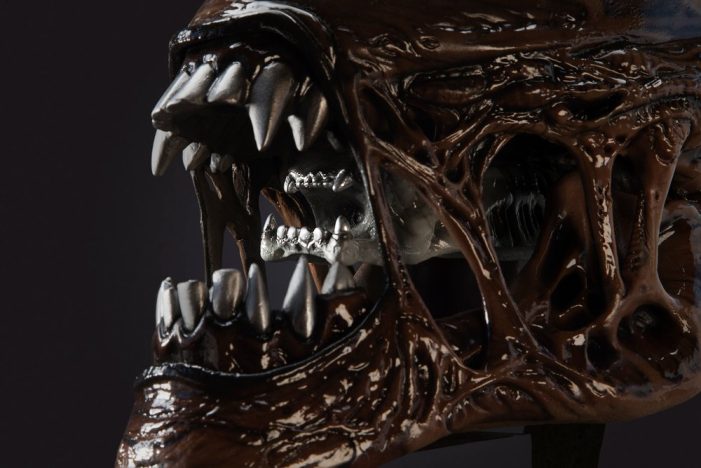 These were created using the conceptual sculptures and actual production molds from the films and are hand crafted by the artists of studioADI. They explain that these are art pieces, rather than mass produced collectibles:

When you buy one of these beautiful pieces you are getting as close to the original artwork as possible. That’s because each piece is made from ADI’s original production molds, in our studio, by the artists who created them for the films you love.

You’ll be able to purchase these directly from studioADI’s webstore starting December 1st.

AvPGalaxy recently had the opportunity to visit studioADI in person, watch this space as we’ll be sharing about that shortly!

Be sure to check out studioADI’s Newsletter for updates from them.

Update – December 1st, 2017 : The studioADI collection goes on sale today, with payment installments available. I’ve also added some additional pictures of the Warrior and Newborn head. It seems the Queen will be coming at a later date.