20th Century Fox has just officially released some animated artwork for next year’s upcoming Predator film: “The Predator.” This is a better look at the same artwork we saw last week from the Brand Licensing Europe expo in London.

The artwork shows multiple lightning strikes above a cityscape, illuminating in the impression of a Predator bio-mask. These videos of animated artwork are becoming increasingly common to generate hype for films, as Fox also showed one to promote the Blu-Ray release of Alien: Covenant.

This is also a promotional feature of the recently released Predator Fan App for smart phones, and was initially unlocked by registering for the app. Be sure to check out the many features of the app yourself by visiting the iOS or Android app stores.

Here’s a still image of the final artwork: 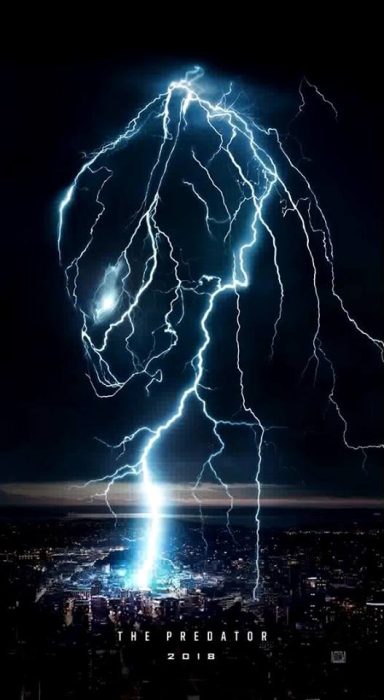