It is with sadness that we report Harry Dean Stanton, known by the fan community for his memorable role as Brett in Alien, has died at age 91. Variety is reporting that he died of natural causes.

Director David Lynch, who recently worked with Stanton on the revival of the series Twin Peaks, released a statement on Twitter:

The great Harry Dean Stanton has left us. There went a great one. There’s nobody like Harry Dean. Everyone loved him. And with good reason. He was a great actor (actually beyond great) — and a great human being — so great to be around him!!! You are really going to be missed Harry Dean!!! Loads of love to you wherever you are now!!!” 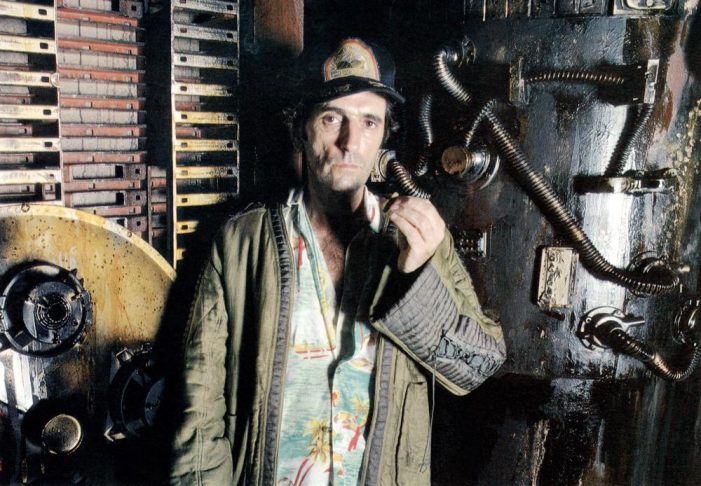 Stanton was typically cast in supporting roles, known for his characters in such films as Red Dawn, Fear and Loathing in Las Vegas, Escape from New York, The Green Mile, Rango, and many, many others. “I dunno how many movies I played, is it 250 or 200, I lost a count a long time ago” he said in an interview last year.

Many of us connected with his character Brett in Alien: a humorous yet dry, down-to-earth space trucker. His iconic slow-build scene with the Alien remains one of the most memorable parts of the film.

Stanton reprised his role as Brett in the 2014 video game Alien: Isolation, lending his likeness and voice acting to the game.

Though never married, he stated in a past interview that he has “one or two children.” He had relationships with a number of his co-stars and other celebrities.

His final film in which he stars, titled Lucky, is due for release later this month, and also features his Alien co-star Tom Skerritt.

This is the fourth passing of someone involved in the Alien and Predator franchises this year, his fellow Alien co-star John Hurt also died earlier this year due to health issues.

Charles de Lauzirika, who produced the Alien Quadrilogy, Anthology, and Prometheus home releases had the opportunity to meet the actor for an interview and commentary. He shared on Twitter regarding Stanton’s passing:

I had the honor of meeting #HarryDeanStanton twice, once for our ALIEN interview & commentary. He was quite the character. I'll miss him. pic.twitter.com/7wFR3L9eeG

The thoughts of our staff and community go out to those who were close to him.