Last week we shared a new interview with Olivia Munn from San Diego Comic Con. MTV also conducted another interview with her at the same event but it seems to have slipped by without much notice.

Talking to MTV’s Josh Horowitz, Munn spoke a little about her role as Casey and her character’s involvement with the film’s story.

“There’s two storylines. There’s the military guys and then there’s my character. I’m an evolutionary scientist and a biologist so I’m brought into the CIA to give my expertise on some samples they might have. And things go a little crazy and at some point our storylines meet up.”

Again, she talks a little about The Predator being set within the same continuity and the events of the previous Predator films plays a role in The Predator.

“Our movie is with new people. The Predator exists and not everyone knows about it. We have a heightened threat. Aliens are smart. Imagine how long we’ve been dealing with the Predator and how smart aliens are and what kind of progressions they would naturally take and how that would be very scary and harmful for us.”

Casey’s role as an evolutionary scientist also ties in with many of the rumored plot details that have been floating around the internet since the beginning of 2017. 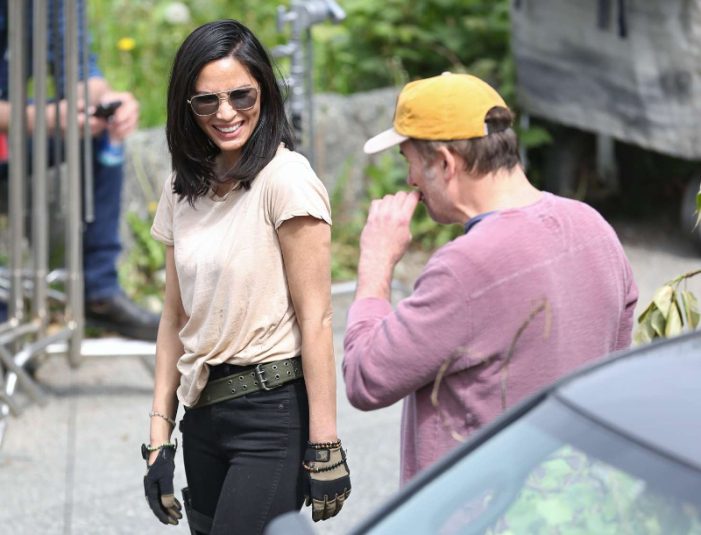 Olivia Munn and Shane Black on location shooting The Predator.

The Predator’s release is just over a year away (one year exactly tomorrow!) and we will likely continue to only get small bits of news until the end of 2017/start of 2018 when the marketing begins to kick in. Thanks to ace3g for the news.