20th Century Fox has officially announced and released their new Predator Official Fan App. With it only just being released, the content is a little on the slim side (though we do have the first episode of the App’s weekly video, The Rundown) and seems to be primarily pulling in existing content from the various Predator social media pages but they seem to be promising more!

“Calling all Young Bloods. Join the hunt on the Predator Official Fan App, the ultimate destination for:

RANK UP. Use skulls to rank up from a Young Blood to a Yautja leader for more exclusive content. Unlock various Predator emojis.

FORUMS. Visit the forum to connect with other recruits to discuss all things Predator.” 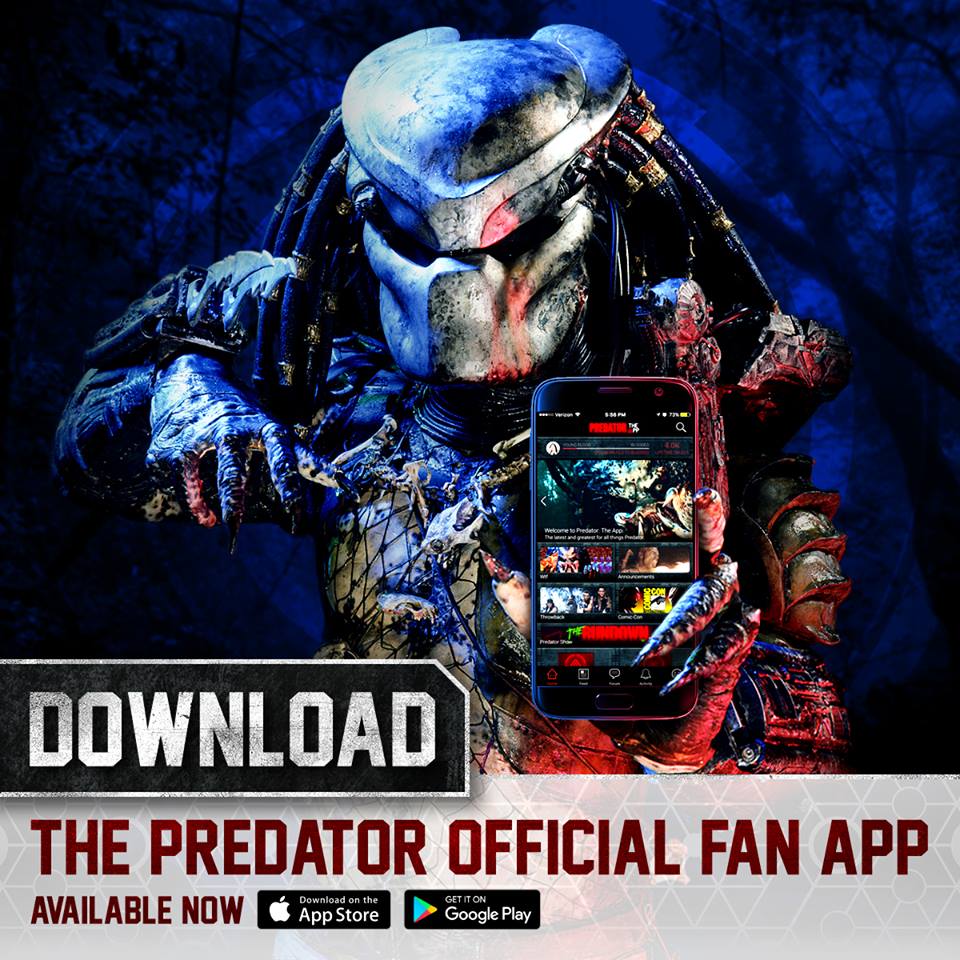 The Predator Official Fan App is now available to download!

The Predator Official Fan App is available to download via iTunes but doesn’t appear to be available on GooglePlay or for all countries just yet. Those of you who are currently unable to download the App to join in can access the content via thepredator.fox!

The app also features a section for San Diego Comic Con – which kicks off tomorrow, the 20th – so perhaps we might be seeing some Predator announcements down there? It seems a little too early for news about The Predator but we can hope.

Keep a close eye on Alien vs. Predator Galaxy for the latest Predator news! You can follow us on Facebook, Twitter and Instagram to get the latest on your social media walls. You can also join in with fellow Predator fans on our forums!