San Diego Comic Con is just around the corner! And while 20th Century Fox has a panel on Thursday the 20th, it’s likely far too early to expect to hear anything about The Predator. That doesn’t mean Alien and Predator won’t be making an appearance at the event though!

Titan Book’s Steve Saffel will be hosting a panel looking at the expanded universe of Alien and Predator! The panel takes place on Sunday the 23rd at 3:45pm. 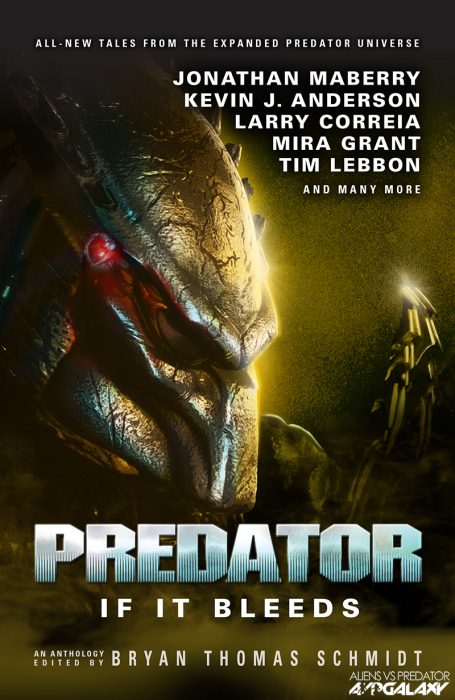 The legendary Alan Dean Foster is joined by Jonathan Maberry, who edited and wrote a short for the recently released Aliens: Bug Hunt and Scott Sigler, whose short Dangerous Prey, was featured in the anthology.

Bryan Thomas Schmidt and Seanan McGuire are representing Predator: If It Bleeds which Bryan edited and wrote for, while Seanan wrote the short Blood and Sand under the pseudonym, Mira Grant. Jonathan Maberry also wrote a short for the Predator anthology.

Are you planning on attending the Alien and Predator Extended Universe panel at SDCC? Be sure to drop in and let us know how it went!