The Predator has finished shooting today, ending it’s nearly 15 week production that began on the 20th of February.

Many of the cast and crew have been sharing their farewells via social media (our community members have been tracking them on the forum) and sharing one of the crew gifts made by vfx creators Todd Masters and his crew (Make Predator Great Again).

The Predator now enters post-production a head of its release August 3rd 2018. Chatting to fans on Twitter, Shane Black informed everyone that he is taking three weeks off after filming before getting into the editing room. The special effects companies will also be hard at work now! 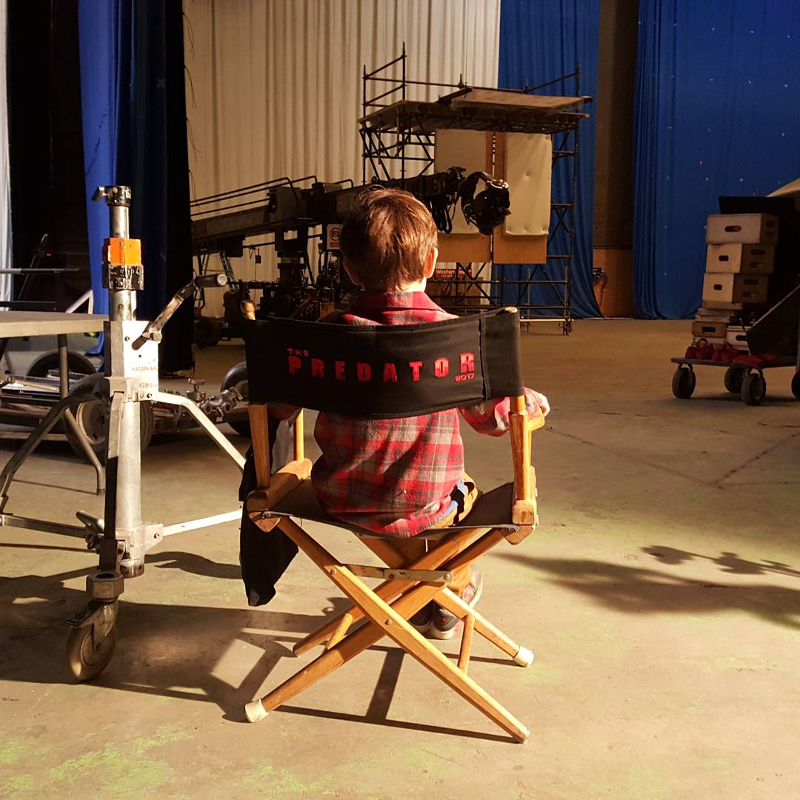 Jacob Tremblay on the set of The Predator which finished production on June 2nd 2017.

We expect to see a bit of a drought when it comes to The Predator news. We’ll likely see a smattering of news and the occasional comment in interviews for the rest of 2017 until promotion kicks in 2018! We’ll be there to keep track of it all for you.