Ever since the first leaked set pictures of David’s laboratory emerged online the fanbase has been fascinated with the illustrations hanging up in the background. Those illustrations are the result of David’s interest in “zoology” in the film. In real life, they’re the products of the hard work of two immensely talented artists, Dane Hallett and Matt Hatton.

Both have been sharing their work from Alien: Covenant on their respective social media channels (linked to above. Go give them both a follow!) and we’ve now got a nice collection of those gorgeous illustrations from the film! Here’s a select few down below! 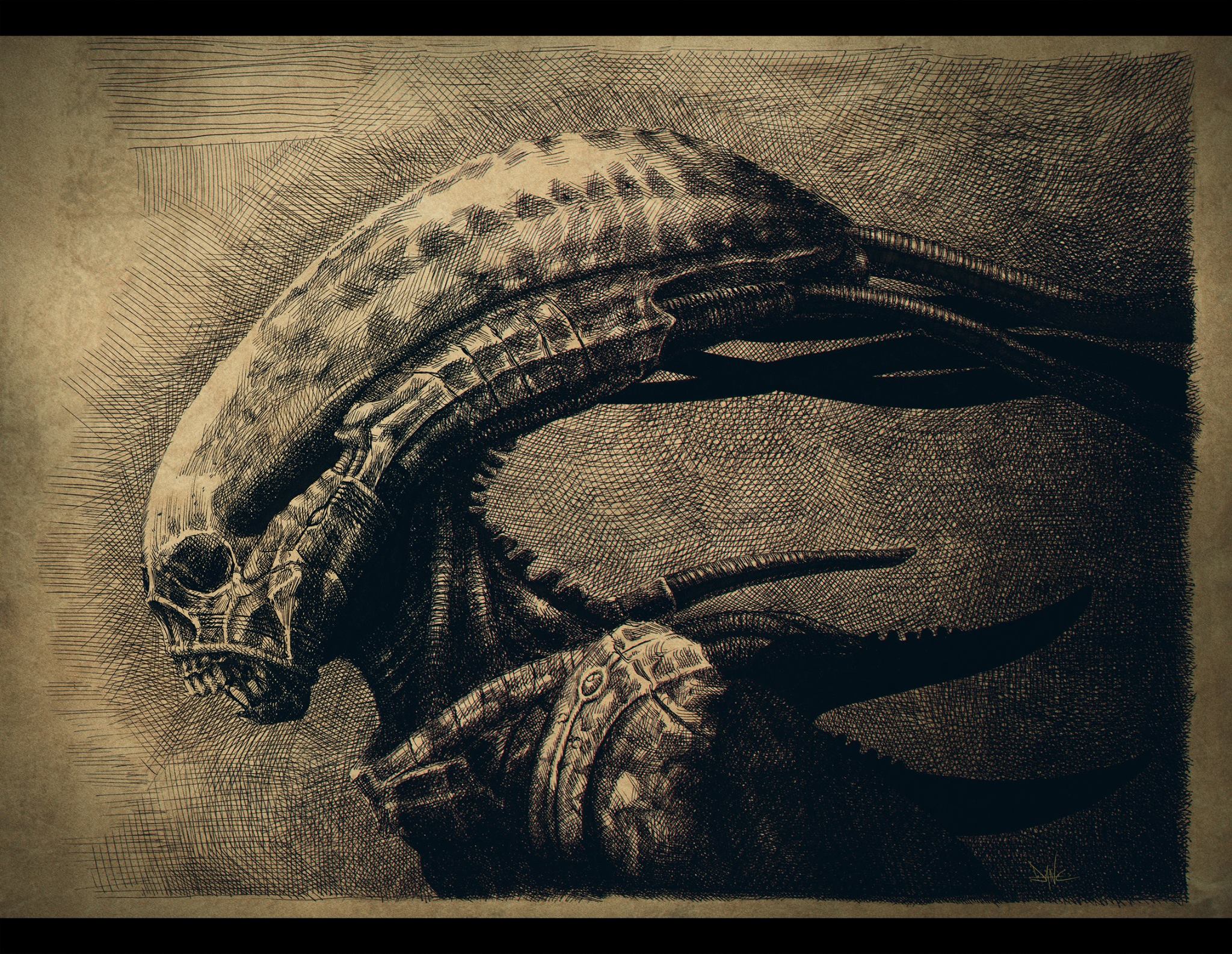 “Before starting on Alien:Covenant I wanted to produce some art to both G myself up and have some stuff in my back log to impress the creatives. So I did some digital paintings (they’re now on the internet somewhere) but I liked this one so much that I did my ‘David style’ rendering of it and got it to appear in the film. It now appears as the cover of the ‘Art of’ book. Wierd world!” Dane Hallett. 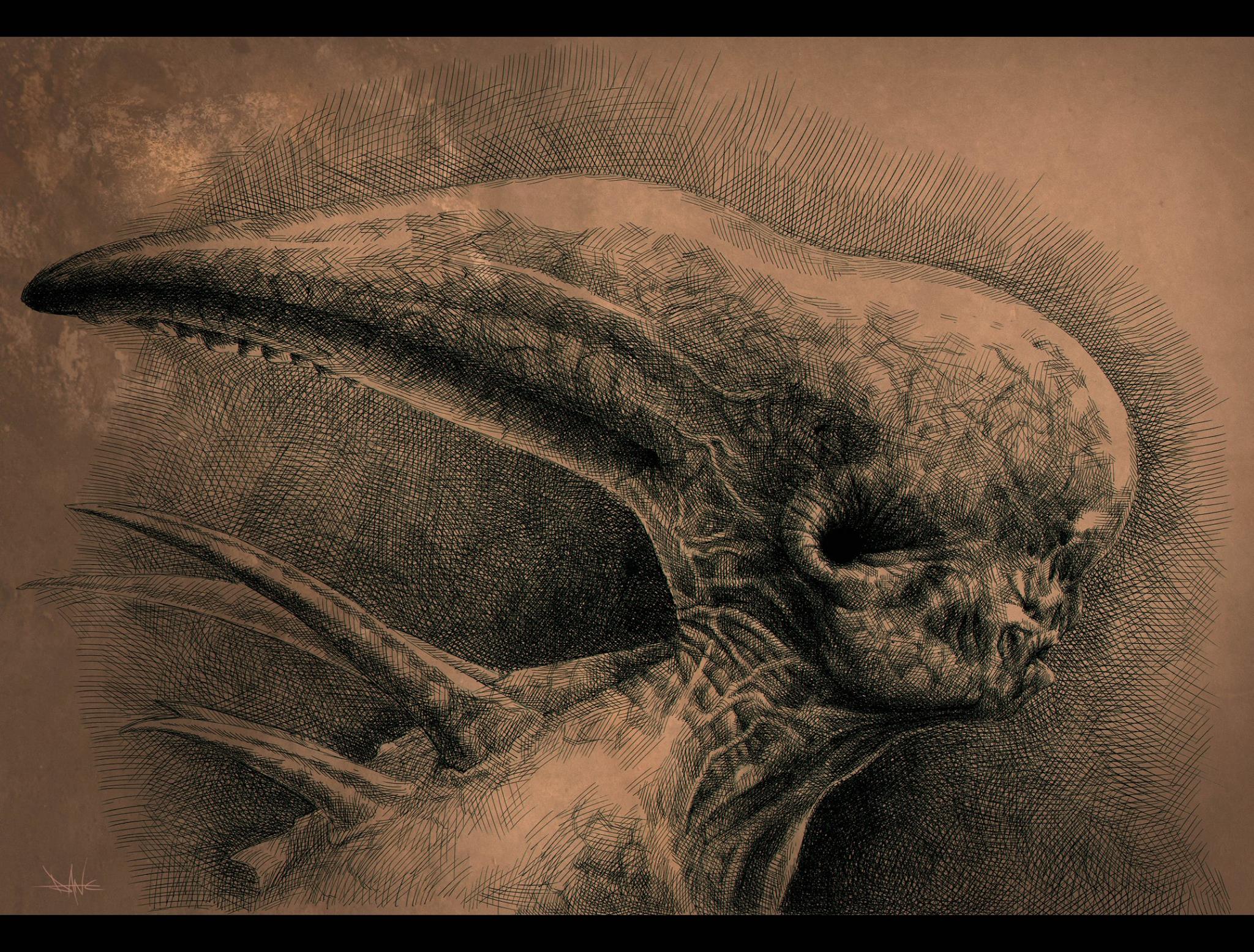 “Here’s a straight up adolescent Neomorph study. Its tradional quill and ink – about A2 size from memory.” Dane Hallett. 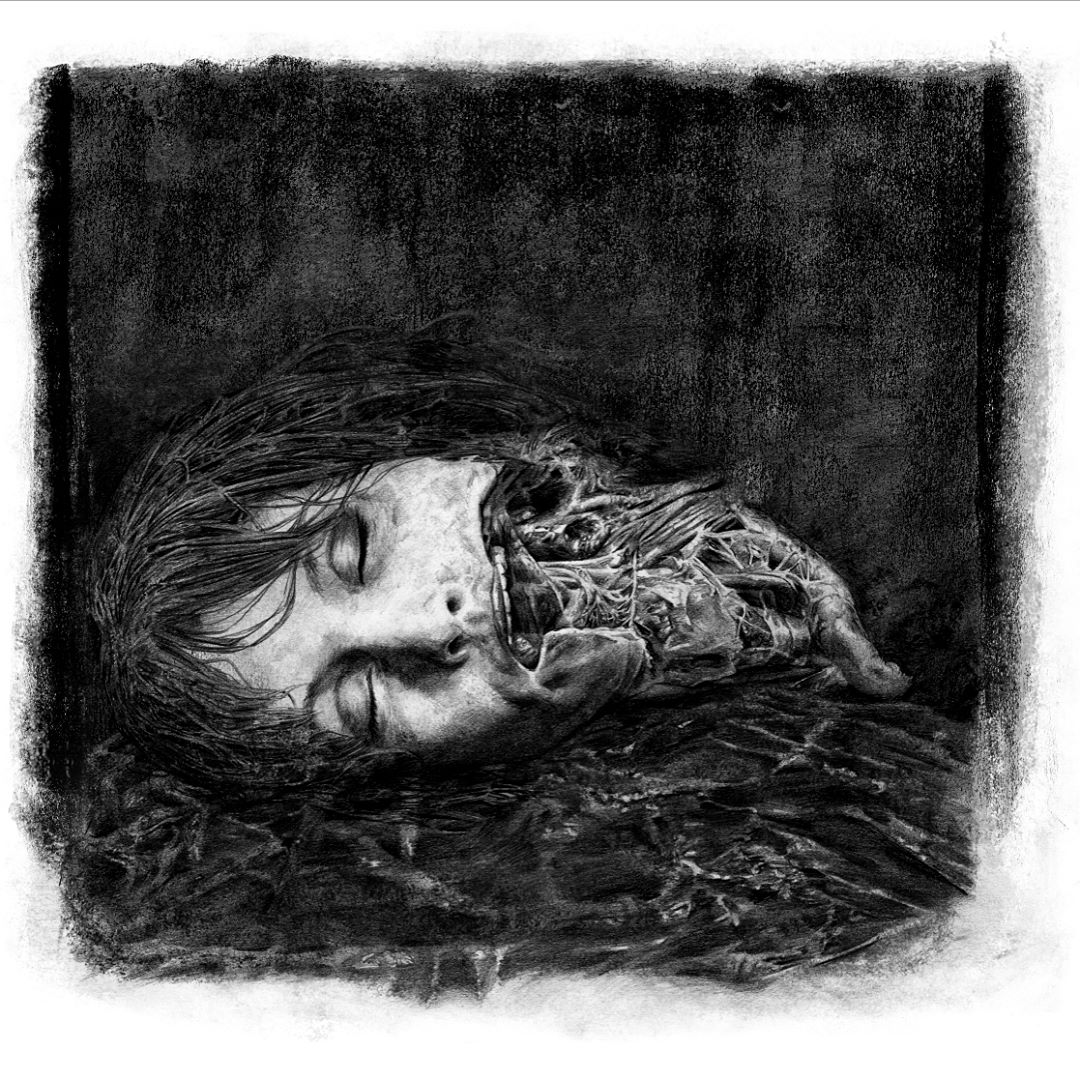 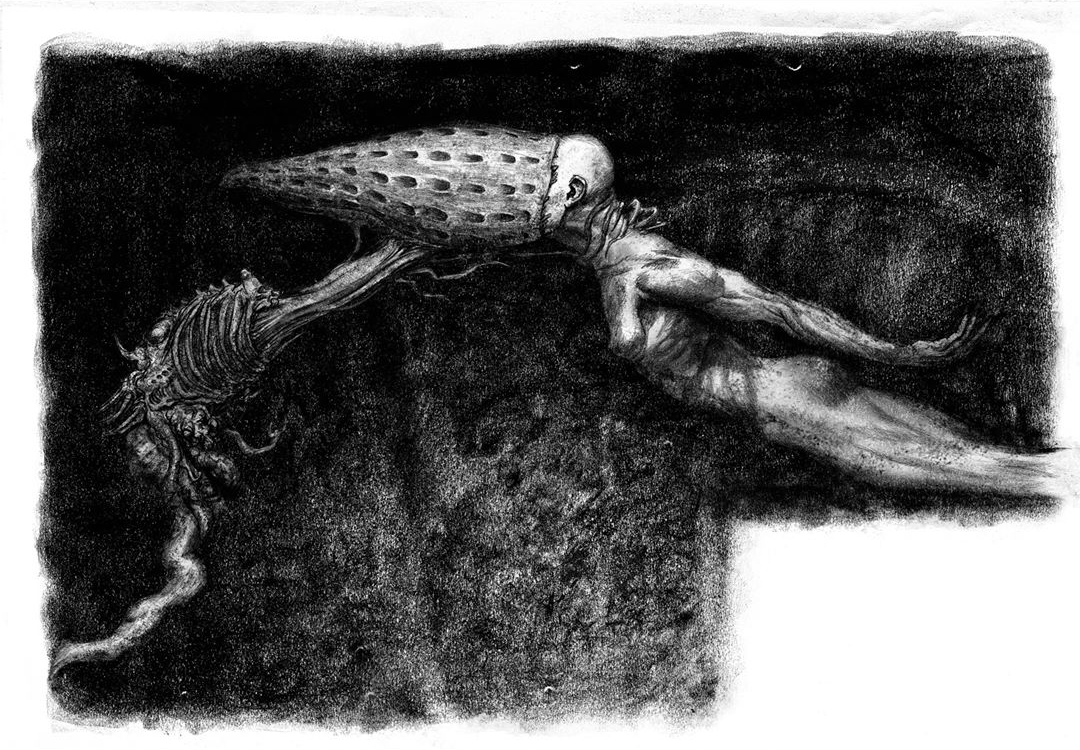 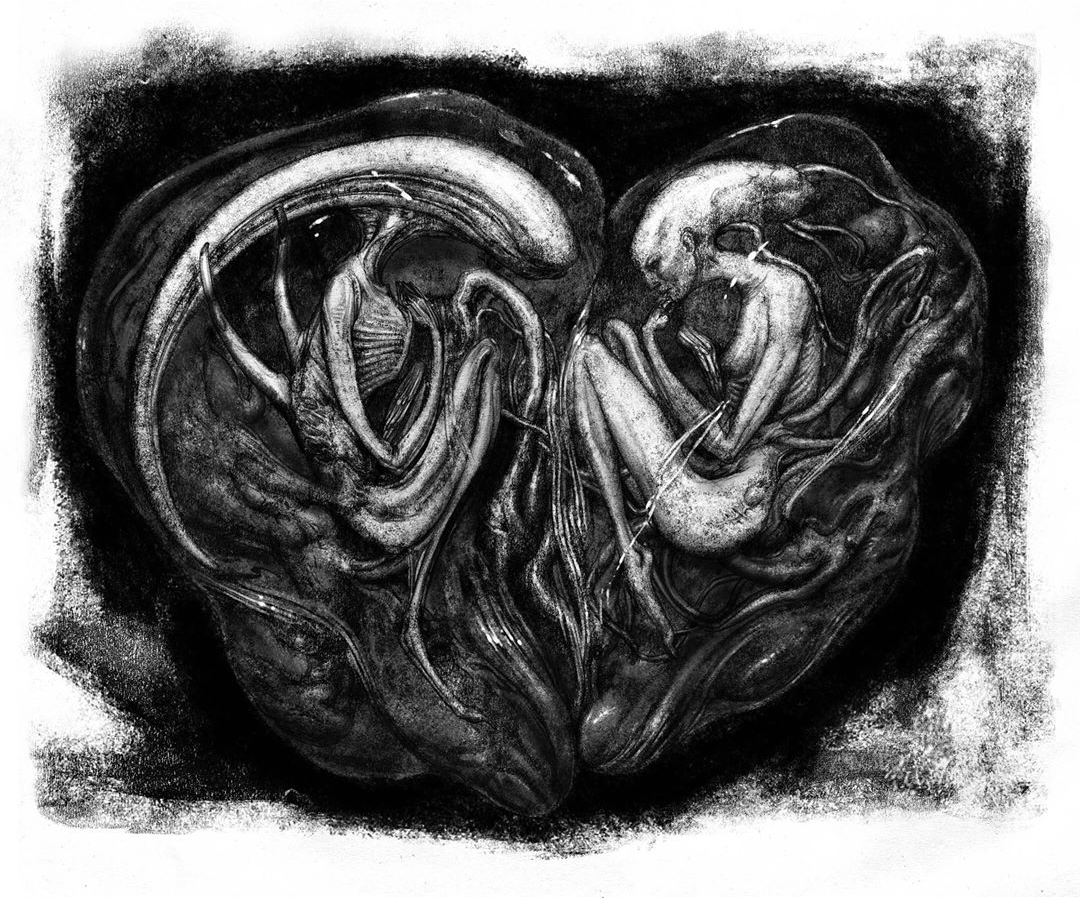 “Here are some Shaw pieces that were in the film, and some that weren’t. We glimpsed some in part, so here are is the art in full/uncovered. I wanted to play up the degree of ambiguity, contradiction and metaphor. Whether religious/blasphemous or playing on the notion of the “anatomical Venus” (reference of which came from Ridley, Chris Seagers and Victor Zolfo) and so on. David’s sociopathy in full flight and anachronistic feelings about Shaw.” Matt Hatton.

Make sure to head on over Dane’s Facebook Page (he’s also just joined Instagram and has some cool set pictures on here!) and Matt’s Instagram page for more artwork! Keep checking back as they update with more of their work from Alien: Covenant. Dane and Matt will also be joining us on the Alien vs. Predator Galaxy Podcast so keep an eye out for that episode!

Now that Alien: Covenant has been released, keep a close eye on Alien vs. Predator Galaxy for the latest on behind-the-scenes material! We’ll be keeping our gallery updated with the new releases!