Hot on the heels of Alien Covenant’s release, we have the first details of what various media releases are in store for us in a few months time. We’re looking at a August/September release for the Alien Covenant sets. We obviously have the standard DVD, Blu-Ray and UHD Alien Covenant releases with some generic artwork so I won’t bore you with those.

What we do have is an Alien Covenant 4K Ultra HD Steelbook featuring some very snazzy artwork of the embryonic stage of the Neomorph. Inside of the Steelbook, we have the Giger-esque picture showing numerous Xenomorphs interlocked with human beings. This set is exclusive to Best Buy in the US for $24.99 and HMV in the UK for £22.99. 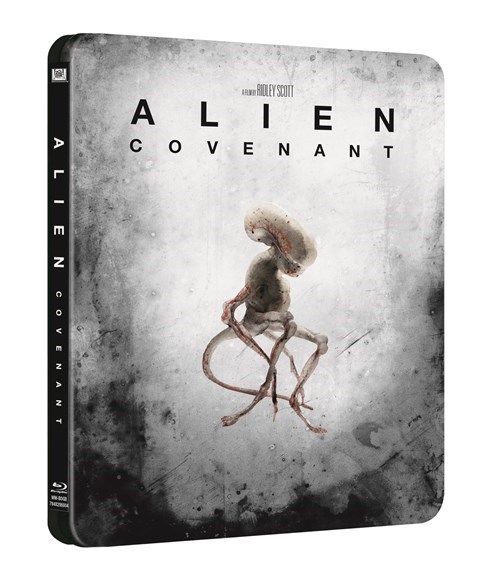 IGN also happen to have a video of an exclusive motion graphic version of the Alien Covenant Steelbook cover. I’m not entirely sure where this release is going to be found or even how it works. I don’t think I’ve ever seen a media release with a motion cover before. But it looks very cool nonetheless.

Also coming soon is a Blu-Ray boxset featuring all six Alien films including Prometheus and Alien Covenant. The artwork is supposed to show the evolution of the Xenomorphs throughout each film. On the left is the regular boxset while the right picture is the Steelbook version. 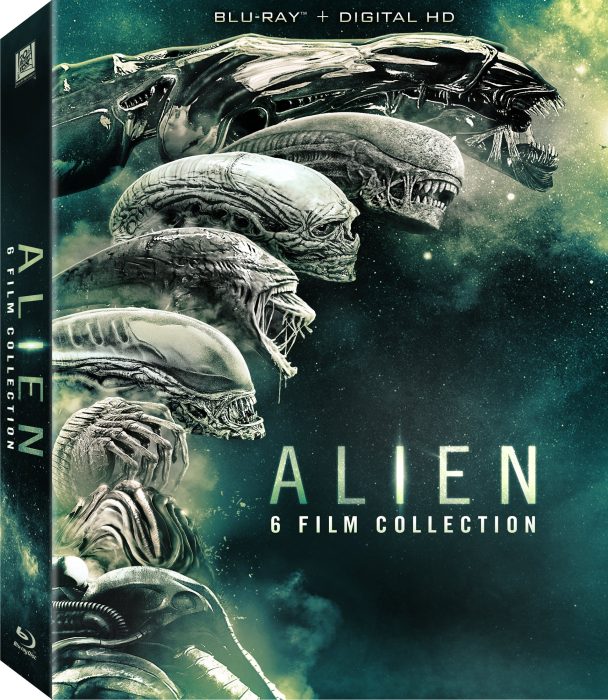 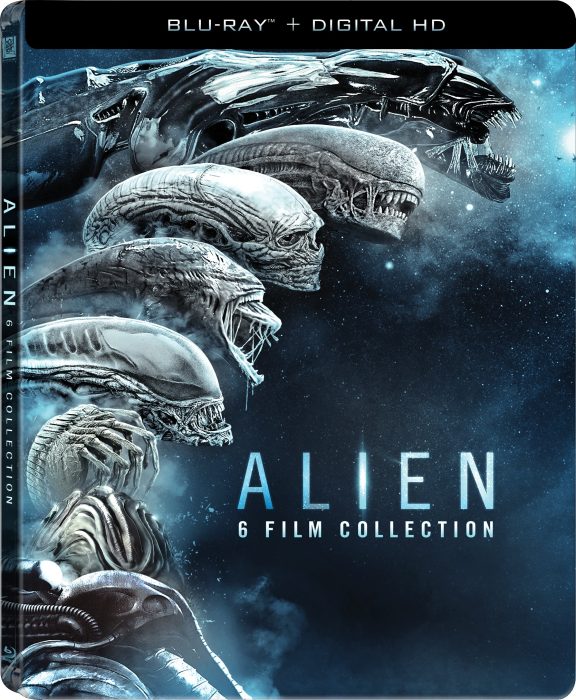 You can preorder the regular DVD, Blu-Ray, and 4K versions from Amazon.co.uk or Amazon.com. Hopefully, we’ll have an announcement on the special features soon and I do suspect we’ll see 4K versions of the other Alien films within the next year or so.