Delving deeper into the magical world of virtual reality, it has been reported that Fox is now developing a multiplayer game based on the Alien franchise. Unfortunately, we have no pictures or anything but there is an exclusive report on The Hollywood Reporter about the project. Unlike, the previous Alien Covenant Utero experience which is available for Oculus Rift, Gear VR and Playstation VR, this new game will be Fox’s own proprietary system available at FoxNext locations – presumably theme parks.

Essentially, there’ll be a 2000.sq.ft free-roam environment with four players, each with prop guns with “haptic effects and hand tracking” but will include physical elements such as heat, mist, and motion platforms. The journalist on Hollywood Reporter briefly mentions the particular scene he was playing:

I crept through the shadows in an underground cave, with my gun ready and my back against the wall. I looked every which way for aliens. Flying creatures approached — I shot at them. Aliens were then visible from a distance, I shot again and also used a grenade for more impact. … Sometime later, I found myself face to face with the threatening Xenomorph — and I was out of ammo!

The article implies the virtual reality game will appear at Fox World Malaysia which is currently slated to open in 18 months. We all remember the concept art below from years ago showing the Derelict Spacecraft and it was no secret there would be some sort of Alien attraction. I don’t think we’ll have to fly all the way to Malaysia to play the new game though. 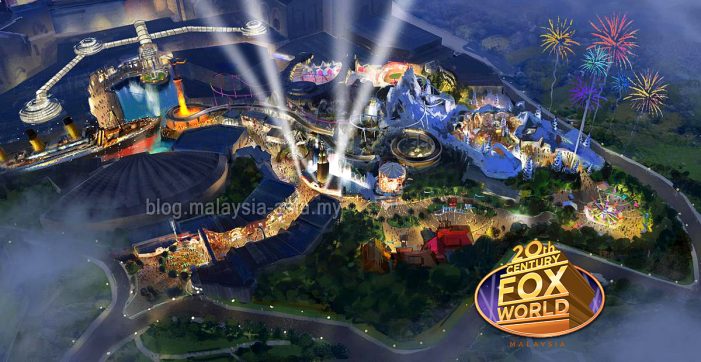 The Alien VR game is being developed by FoxNext, in association with iP2 Entertainment and its sister company, VR content creator Pure Imagination Studios. It’s supposed to be available to the public by the end of the year but we’re not exactly sure where yet. I guess we’ll hear more about it in the coming months.