With the American release of Alien: Covenant just days away, some of the cast of the film have been working hard on the press rounds, appearing on various American talk shows. One such show was The Late Late Show with James Corden.

In addition to Billy Crudup, the Alien made an appearance! Clips haven’t appeared online yet but judging from some GIFs shared by The Late Late Show’s Twitter account, they did a short sketch featuring the Alien.

20th Century Fox shared a behind-the-scenes still from episode, giving us a nice look at one of the practical Alien suits constructed by Odd Studio and Creatures Inc. Ltd for Alien: Covenant! 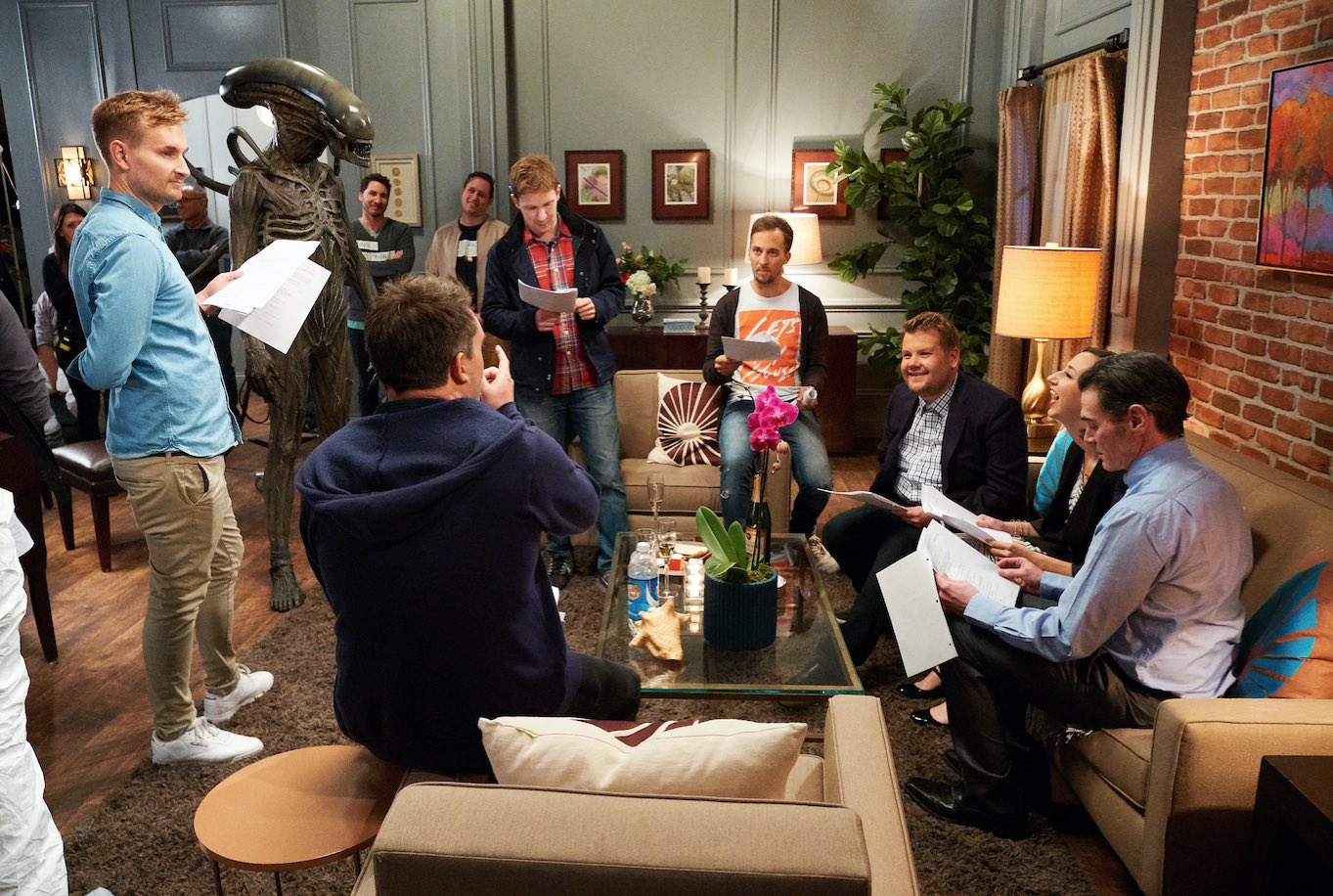 If this doesn’t make you believe in love, I don’t know what will. pic.twitter.com/rZX0rVB0qV

And he doesn’t even put his tea down. pic.twitter.com/b6KY3pFtN5

Michael Fassbender will also be appearing on next episode of The Late Late Show. Keep checking back in on Alien vs. Predator Galaxy for the latest on Alien: Covenant! You can follow us on Facebook, Twitter and Instagram to get the latest on your social media walls. You can also join in with fellow Alien fans on our forums!

Update #1 17/05/2017 – The sketch is now available via the The Late Late Show with James Corden YouTube account.