In a new interview with Yahoo Movies, Sir Ridley Scott has spoken a little about James Franco’s small role in Alien: Covenant. In addition to a short comment about James Franco’s role (“I said: ‘There’s not much in it.’ And he said, ‘I don’t give a s***. I’ll do it.’ And he’s lovely, he’s a great guy. He’s so funny.”), Ridley did give some details about an additional scene that was filmed with Franco that ended up on the cutting room floor:

“I did one more scene which was [Branson] in an apartment, a futuristic apartment in New York with Daniels, who is his wife, played by Katherine [Waterston].

And we see this couple discussing a future … and that’s where the metaphor of a cabin on the lake comes from. He says ‘we’ll build this cabin on the lake in this particular place’, and they’ve identified where they’re going to go. But the journey will be long and dangerous. Dangerous because you’re asleep and who knows what happens? That was in there but I discovered we don’t need it.

So poor old James is in that casket and then he’s hanging off a rock saying ‘hey’ and that’s it. It was only ever intended to be three scenes. It was set during their planning stage to go. They were a couple who were science-orientated and that’s what it was, so you get a glimpse of who he is and what their relationship is. When you lose him you kind of miss him, but I think Daniels gets that over pretty well.” 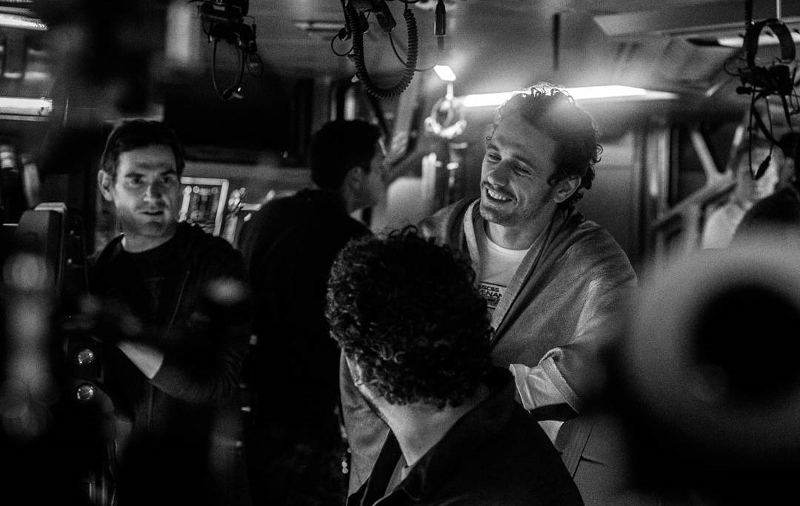 On the topic of deleted scenes, it turns out the bombing sequence glimpsed in The Crossing and in Alien: Covenant nearly didn’t end up in the film! Talking to Digital Spy, Ridley told them 20th Century Fox didn’t want the scene:

“Intriguingly, Sir Ridley Scott told us the studio didn’t want that stirring scene in the film, preferring for it to be communicated casually in conversation. Sir Ridley insisted. The Engineers were dying on camera.”