In a fairly extensive new interview with The Guardian/The Observer that covers his life, career and Alien: Covenant, Scott talks a little about the production of the new Alien prequel, revealing the budget of the film:

“This, Scott believes, is the lesson that 40 years in Hollywood has taught him: you have to be decisive. He never makes cheap films, but he has earned a reputation for bringing them in on time and on budget. “It’s fatal to turn up on set and say, ‘What are we going to do?’” he says. “Fatal to discuss where the cameras are going to go. You cannot do that. That’s where it comes unhinged. A film like Alien: Covenant would normally be 100 days; we did it in 74. We made it for $111m, as opposed to $180m or $260m. It’s insane the amount of money spent. When you’re spending $250m on a movie, you should have been fired a year ago.” 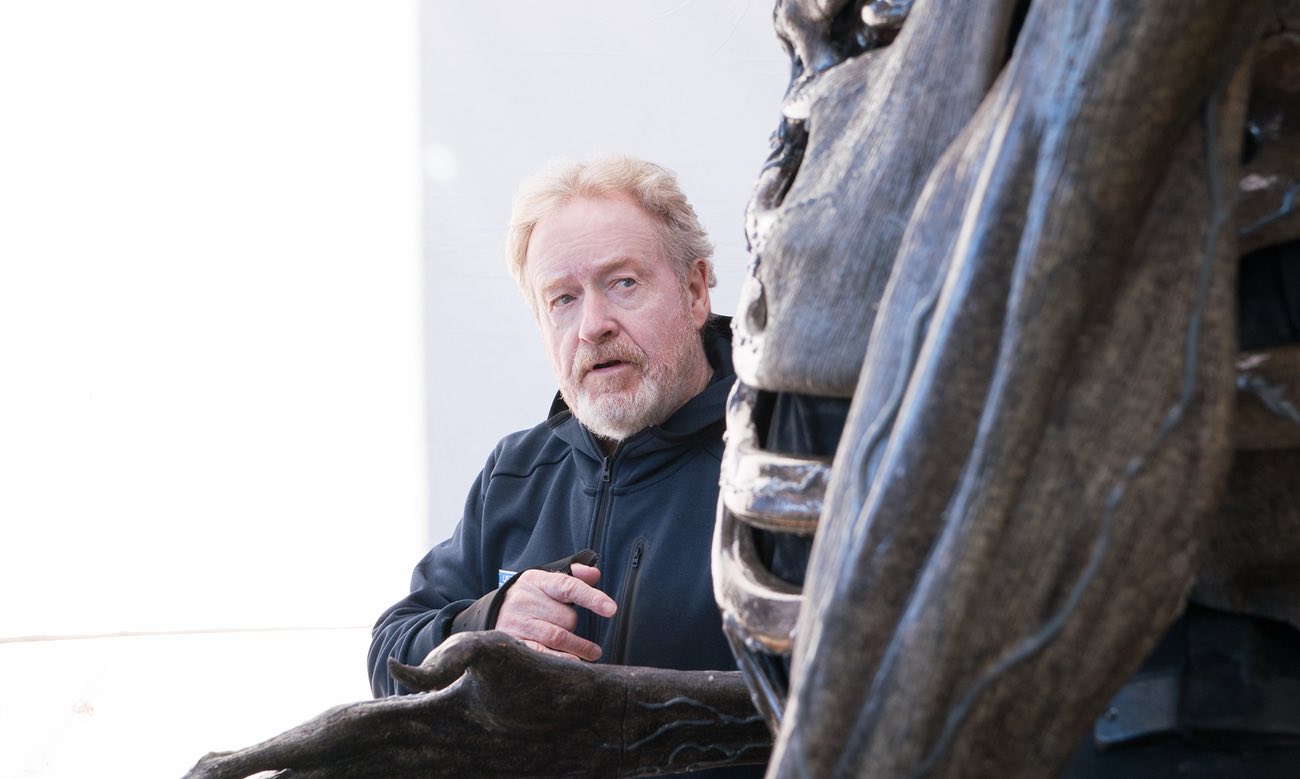 In addition to the new production information, the interview also came with a brand new behind-the-scenes still from Alien: Covenant showing Ridley on set with the practical Alien constructed by Odd Studio and Creatures Inc. Ltd. You can see a larger version of that photo in this scan of the physical paper copy of this interview (via the Creatures Inc. Ltd Facebook page).

Thanks to Ingwar for the news. Keep a close eye on Alien vs. Predator Galaxy for the latest on Alien: Covenant! You can follow us on Facebook, Twitter and Instagram to get the latest on your social media walls. You can also join in with fellow Alien fans on our forums!