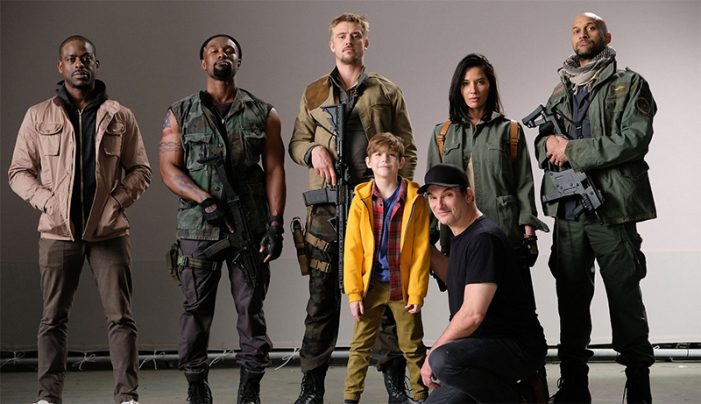 The Cast of The Predator

The move means The Predator won’t be up against Marvel’s Black Panther movie which would have opened a week later. Ironically, the shift to August 3rd means it will be just before the killer shark movie Meg is released a week later. Originally, Meg and The Predator were to duke it out on the same day. The Predator is still currently filming in Vancouver, Canada and will finish filming in the middle of May.

Thanks to Antony for the news. Keep checking in with Alien vs. Predator Galaxy for the latest on The Predator! You can follow us on Facebook, Twitter and Instagram to get the latest on your social media walls. You can also join in with fellow Predator fans on our forums!