Alien Day 2017 is fast approaching and like last year many cinema chains around the world are running showings of Alien (and the other films). Not only will you get a chance to see our favourite films up on the big screen, this year those in attendance will also be treated to some Alien: Covenant preview footage!

For those in America, the RPX Regal Cinema chain will be screening Alien. You can find out location details over on the Alien Universe website! 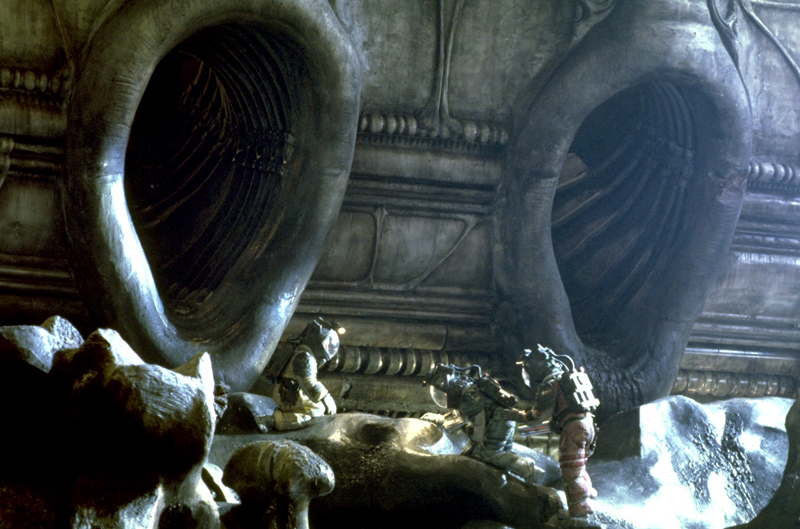 Alien fans in the United Kingdom have the choice of double bills being run by the Cineworld, Odeon and VUE chains via so-called Super Tickets. As well as the double bill, the Super Tickets also include an early showing of Alien: Covenant (11th of May) as well as the preview footage on Alien Day.

“This Superticket includes a special double bill of Prometheus and Alien Director’s Cut on 26th April, otherwise known as Alien Day (inspired by the planet LV-426 from the original Alien and Aliens). You’ll also get to see two teaser scenes from the forthcoming film, plus an exclusive bridge sequence between Prometheus and Covenant that can’t be seen anywhere else. To top it all off, it’ll get you entry to a screening of Covenant on May 11th. That’s a day before general release.”

You can find your nearest participating cinema via the Alien: Covenant Tickets.co.uk website. And for fans in Australia, Hoyts is running double bills of Alien and Aliens with Alien: Covenant preview footage!

The teaser scenes will likely be the same ones shown at the Showcase events but according to the Odeon page, the new “bridge sequence” is going to focus on Shaw and David after Prometheus.