On the 18th of April Titan Books will be releasing Aliens: Bug Hunt, the first anthology novel set in the Alien universe. Edited by Jonathan Maberry, Bug Hunt will feature short stories from returning Aliens authors such as Tim Lebbon, Dan Abnett, Yvonne Navarro, Christopher Golden and James A. Moore as well as several new comers to the property!

“The premiere short story anthology based on the movie ALIENS, featuring the Colonial Marines in deep space, doing what they do best hunting bugs! Eighteen brand new stories exclusive to this collection featuring the Colonial Marines in bloody conflict with the deadly Aliens. ALIENS: BUG HUNT will send the marines into deep space, to alien worlds, to derelict space settlements, and into the nests of the universe’s most dangerous monsters.” 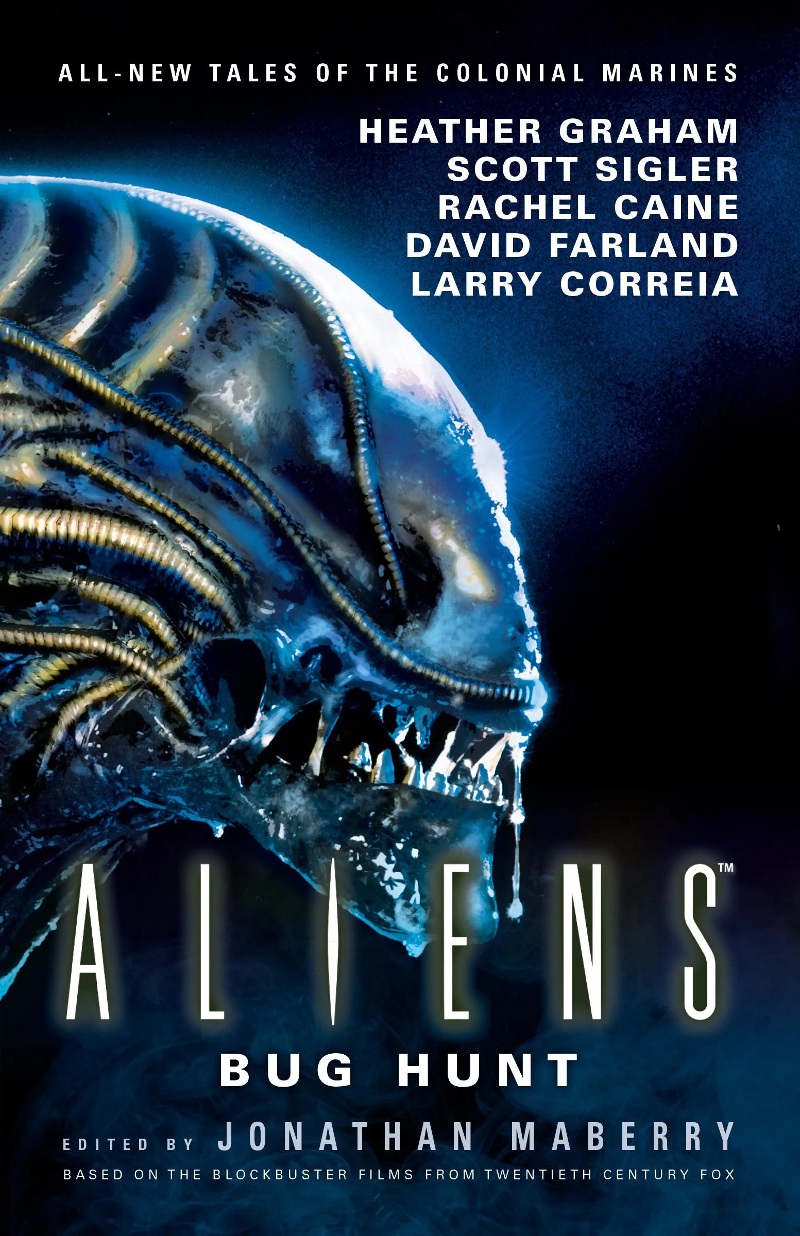 The first story in Aliens: Bug Hunt, Chance Encounter by Paul Kupperberg, is now available to read in full on the Google Books store (including the foreword from Jonathan Maberry). Head on over and check it out! Thanks to felix for the link.

Aliens: Bug Hunt is also available for pre-order on Amazon (US and UK). Alien vs. Predator Galaxy will also be publishing an interview with the various authors involved in the book shortly so keep an eye out for that!