It looks like Alien: Covenant ‘s world premiere will be taking place on the 5th of May in London! This information comes via a Charitybuzz auction which is offering American Alien fans with some cash behind them a chance to fly to and watch the premiere!

“You and a guest can fly first class to London from anywhere in the US (excluding Hawaii and Alaska) to attend the World Premiere of Alien: Covenant.”

Charitybuzz are a company that raises funds for nonprofit organisations and in this case, the “British Academy of Film and Television Arts, Los Angeles.” At the time of writing, the current bid is at $8000 with an estimated value of $10,000. 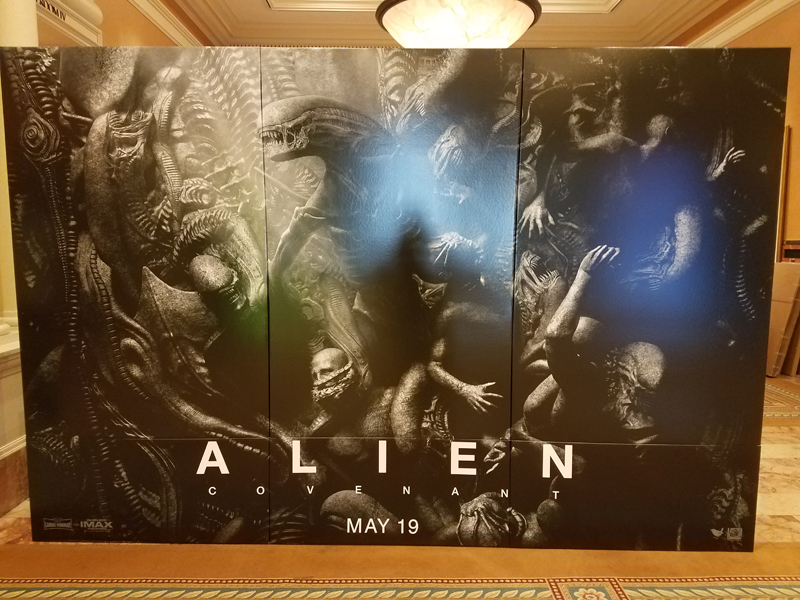 Prometheus’ world premiere also took place in London several weeks prior to the film’s official release date on the 31st of May 2012 and was live streamed online via the official Prometheus website.

Thanks to Stolen for the link. Keep a close eye on Alien vs. Predator Galaxy for the latest on Alien: Covenant! You can follow us on Facebook, Twitter and Instagram to get the latest on your social media walls. You can also join in with fellow Alien fans on our forums!

Correction – The premiere will actually be taking place on the 4th of May and Alien vs. Predator Galaxy will be in attendance.