Though filming is currently underway for The Predator, Shane Black still has a few surprises left for us with the cast. According to The Hollywood Reporter, veteran science fiction actor Edward James Olmos has joined the cast of The Predator: 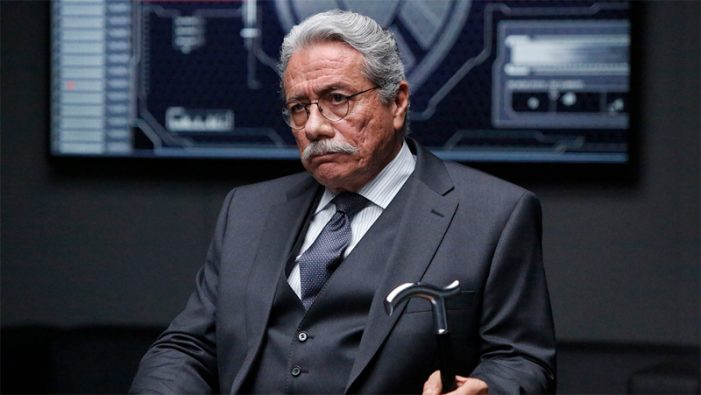 Edward James Olmos joins The Predator cast! He is seen here as Robert Gonzales in Marvel’s Agents of SHIELD.

Details about Olmos’ character were sparse. All Hollywood Reporter had to say on the matter was that Olmos would be playing a military character.

Edward James Olmos has a very extensive background in acting and he is certainly no stranger to science fiction. He’s perhaps best known to sci-fi fans for portraying Admiral William Adama in the reboot of Battlestar Galactica. He should also be familiar to fans of Sir Ridley Scott for his role as Gaff in Blade Runner, a role he will be reprising in the upcoming sequel Blade Runner 2049. He also recently appeared as Robert Gonzales in Marvel’s Agents of SHIELD.

Thanks to The Wolverine Predator for the heads up! Keep checking in with Alien vs. Predator Galaxy for the latest on The Predator! You can follow us on Facebook, Twitter and Instagram to get the latest on your social media walls. You can also join in with fellow Predator fans on our forums!