Several articles have been published looking at the development of the Meet Walter video and how AMD, 48 Communications (the marketing agency for AMD), 20th Century Fox, 3AM, RSA Films and Luke and Ridley Scott worked together to bring Walter to life on screen.

Chris Eyerman, creative director of 3AM explained to The Drum that: “The inception of this idea was about introducing a new synthetic in the Alien universe, and what would that look like, and how do we make that real, and how do we find a great technology partner that can add some credibility and authenticity to it?”

In an interview with Fast Company, Luke Scott (director of Meet Walter and The Last Supper) talked about the inspirations for the approach they took with building the fictional Walter: “I took a lot of reference in the bio-medical world about 3D printing limbs and organs, going down to the molecular level about how Walter is produced from a genetic level and grown traditionally in an artificial womb, or is he—is it—created as an adult version, and then the information is implanted via the AMD chip?” 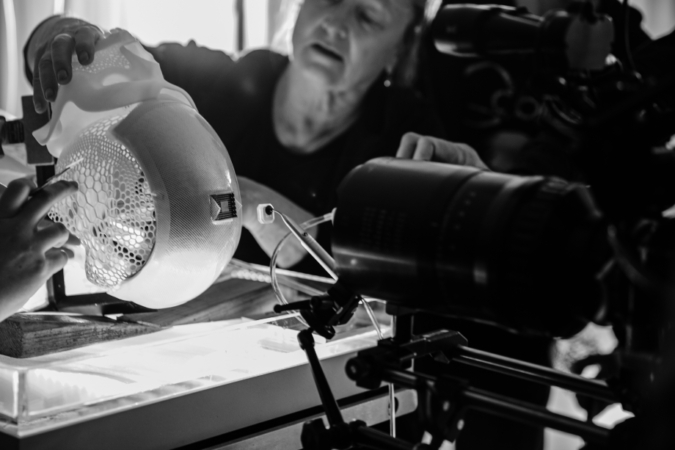 Behind the scenes of Meet Walter.

We decided he was an adult, and 3D printed an exo-skeleton. There was a desire to put red and fleshy stuff in there, and we said, ‘No, no, no,’ to the designer. ‘You can’t do that.’ This goes back to 1979 and Ash, he was all white liquid and weird organic milky fluid. So we had to take the technology out of it.”

Also talking to Fast Company about the possibility of AMD being associated with the creation of generally unhelpful and “evil” synthetic creations, Karl Stewart, President of 48 Communications, explained:

“We spend a lot of time with the filmmakers and the studios to figure out if there’s going to be a positive or negative coming out of it. And in this case, we thought it was a positive because it really does show artificial intelligence in a light where, when the android comes to life, it makes its own decisions. It doesn’t matter if it’s good technology or bad, but we’re looking at Walter being one of many—he’s just the one we see on the screen.”

Be sure to check out the interviews in their entireties. You head on over to Maciej Kuciara and Chris Eyerman’s Instagram pages you can check out some conceptual artwork that was done for Meet Walter. RSA Films have also shared several behind the scenes stills. 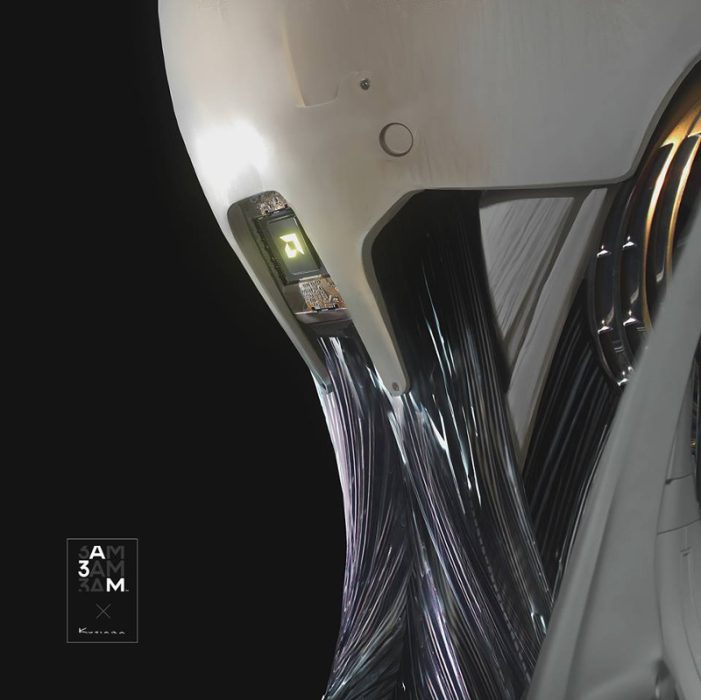 The Meet Walter advertisement isn’t the end of this particular campaign though. Anyone who reserved a Walter via MeetWalter.com will receive some additional content closer to the film’s release. Judging from the email sent out when you reserve a Walter, it will likely take place towards the end of April.

Thanks to Pvt. Himmel, ChrisP of Scified and Matthew J. Spart for getting in touch with the news. Keep a close eye on Alien vs. Predator Galaxy for the latest on Alien: Covenant! You can follow us on Facebook, Twitter and Instagram to get the latest on your social media walls. You can also join in with fellow Alien fans on our forums!