The start of March saw the release of the first set reports from various journalist’s time on the set of Alien: Covenant. Since then more set reports have been trickling out from other set visits, some with new snippets of information but a lot of it has been the same quotes from the cast and crew of Alien: Covenant.

This latest set report from News.Com.Au is largely the same but it comes with a brand new still of Katherine Waterston as Daniels and we’ve gotten our hands on a better quality version of the still. 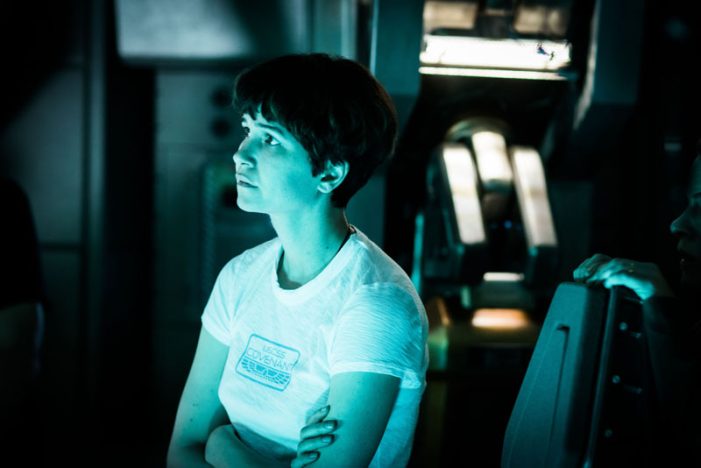 “Waterson is already being described as the “new Ripley”. But while clearly fit, she lacks the muscle definition of Weaver’s groundbreaking action woman.

“I wanted to be fit to be able to handle anything Ridley threw at me but I didn’t think about it aesthetically because she is not a soldier, she is a terraformist,” she says.”

Thanks to Pvt. Himmel for the heads up. Keep a close eye on Alien vs. Predator Galaxy for the latest on Alien: Covenant! You can follow us on Facebook, Twitter and Instagram to get the latest on your social media walls. You can also join in with fellow Alien fans on our forums!