Another Walter focused piece of Alien: Covenant viral marketing has been discovered on the official Alien Anthology Twitter page. Like the previous Meet Walter video, this new video is only short (15 seconds) and features some of the same shots.

“I am Walter. The new member of the Weyland-Yutani family.” #AlienCovenant pic.twitter.com/m8TAk6ub0E

Interestingly it provides the URL to what appears to be a new viral website for Alien: Covenant – MeetWalter.com. The link redirects to the 20th Century Fox website but it’s likely that this will go live on the 10th of March to coincide in with the date mentioned with the last video.

Thanks to Alexander Spider for sending across. Keep a close eye on Alien vs. Predator Galaxy for the latest on Alien: Covenant! You can follow us on Facebook, Twitter and Instagram to get the latest on your social media walls. You can also join in with fellow Alien fans on our forums!

Update #1 – The new video has now been removed from the Alien Anthology account. We’ve replaced the link with a tweet from our own account. The official Alien social media accounts did continue the countdown to #MeetWalter with a brand new poster for the Walter model synthetic: 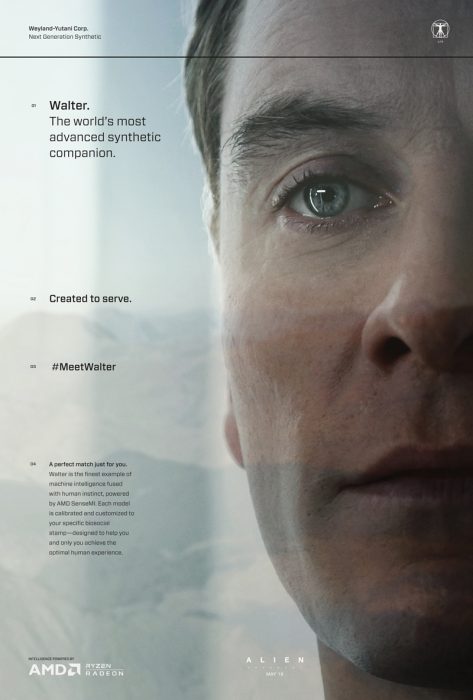